Extreme slingshot modification: Turn your slingshot into a rapid-fire repeater using a paintball feeder from a blowgun

Have you ever wanted a push button ammo dispenser for your slingshot, that would precisely dispense one shot at a time?

This Hubpages How-to article will show you step-by-step how to make a shot dispenser that will work for steel pellets, glass marbles, lead ball, paintballs, and other round ammo.

Read on, or first view the Slide-Show version (recommended) by clicking the link on the photo above.

See the Repeater Slingshot in action... I just added a "Part Two" hub where you can view a series of short videos that show how the repeater operates and where you can see the slingshot in action shooting at a target. Videos also include tips for rapid reloading and additional modifications you can make. To see the video series, click this link: Extreme Slingshot Modification, Part 2.

According to the version you make, the pellet dispenser can handle ammo sizes from 5/16 up to 50 caliber.

It's not only cool, it's very easy to make, even easier to use, and is rugged and reliable. No power tools required.

The materials required for this project are pretty simple. The only item needed that is a bit out of the ordinary is a repeater paintball device for a blowgun. You may be able to find one in a sporting goods store, but it may be easier just to order online. Further below I have links for ordering the Splatmatic paintball repeater for a blowgun, as well as other supplies, through Amazon or other dealers.

OK, WE BETTER HEAD DOWN TO "YE OLDE BASEMENT WORKSHOP" TO RECREATE THE MAKING OF THIS REPEATER CATAPULT

HERE'S A QUICK PEEK AT THE THINGS YOU'LL NEED FOR THIS "MOD". FULL DETAILS BELOW, BUT FIRST...

LET'S TAKE A BRIEF LOOK AT HOW IT WORKS: FIRST, A PUSH OF A BUTTON...

THEN, GRAB THE PELLET FROM THE RETENTION MAGNET STRATEGICALLY PLACED UNDER THE PELLET FEED PORT 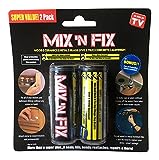 OK, now for the How-To

Ready to get started?

Just bear with me for a few brief introductory notes.

I've laid out the how to in a few simple steps, each one illustrated with photos. Be sure to read the captions under each photo, where I give a quick explanation of each one. By the way, if you're a "visual person", you can flip through a slide show of the photos by clicking on arrow over the photo at the top of this article.

Since the first step is "Get the materials you will need", I've placed an Amazon link box at right that makes it easy to order any items you can't get locally. The Splatmatic Rapid Fire Paintball Repeater, which is originally intended for use with a blowgun, is probably the hardest item to find in a normal retail store.

If you keep scrolling down after the How-To section, I've also got a lot of other Amazon links for other slingshots and products that you might find useful if you want to do a somewhat different version of the repeater slingshot that I show how to make, with some additional notes and suggestions on alternate versions of this project.

The product links also include various types of ammunition you can use in your new repeater slingshot. Check out the five-pound bulk steel pellets. Other ammo featured includes paintballs and glass marbles. There's even Hornady lead ball for muzzle loading rifles, which makes a very hard-hitting hunting round for a slingshot.

Finally, you can also check out the "history section" below on the (now discontinued) Crosman Firestorm slingshot which helped to inspire this mod.

One other thing: Even though I don't show using it in the How-to steps, I've included an Amazon link to several types of epoxy putty. Epoxy putty is a really easy way to make a very strong bond if you really want to "cement the relationship" between the components of the repeater slingshot we're going to make. However, Duct tape also works just fine, and you can even just use "scotch" tape to "temporary up" a fully-functioning version.

STEP 1: GET THE MATERIALS YOU WILL NEED

STEP 2: POSITION THE SHOT FEEDER FOR FINGER CLEARANCE AND FOR IF YOU'RE RIGHT- OR LEFT-HANDED

Congratulations! The Mod is Complete!

The repeater slingshot with pellet dispenser is now ready for use.

You might want to check out Step 5 below, which goes over a few of the "nuances and subtleties" of using the pellet dispenser.

Technique is somewhat important when making sure that the retainer magnet grabs a steel pellet. The technique is very very simple, however, and will feel like second nature in about 5 seconds.

ALSO: Please note that I didn't show any photos of how to load pellets into the tubular magazine. The little black end-cap can be easily removed (fingernails help) and pellets inserted into the tube.

However, I prefer a little different loading technique. Hold the dispenser unit up with the tubular magazine pointing down at a steep angle. Push in on the push button until you see "daylight" through the pellet "exit port". Drop a pellet into the "exit port" (which we are now using as a "loading port", and release the push button. The internal spring-loaded carrier will return to alignment with the tubular magazine, and the pellet will drop down the tube. You then repeat this cycle until you've loaded the desired amount of pellets. I kind of like this technique, because it makes me feel kind of like I'm loading shells into a shotgun.

Another variation on loading technique? If you're really into slingshot modifications, you can buy spare tubular magazines for the Splatmatic repeater and figure out a way to make a rapid-reloader version with pre-loaded tubes of pellets. But "that is beyond the scope of the current article", as they say.

STEP 5: SPEND A LITTLE TIME GETTING TO KNOW HOW TO OPERATE THE REPEATER SLINGSHOT

Special thanks to the guest star of today's show, my Dad. Daddy graciously agreed to be my "slingshot model" for the photo shoots to put together this tutorial.

Daddy's actually a real good "snap shooter" with a sling shot. He shoots instinctively, drawing, aiming and releasing all in one smooth motion. I've never seen him miss a tin can with a snapshot at 10-15 yards.

Anyway, he agreed to slow things down a bit today so I could capture it on film (or chip).

Normally, though, instead of shooting with a wrist-braced slingshot, Daddy just shoots with a sort of "flip style" using a home-made slingshot with a forked limb for a handle, and using his thumb for a brace (a shooting technique I can't duplicate myself).

Maybe another time he'll show us how to make a forked-limb sling with hand-tied rubber bands and leather pouch.

An interesting feature of Crosman's Firestorm Slingshot, which apparently has been discontinued, is that it included a snap-on shot feeder which stored pellets and dispensed them one at a time with a spring-loaded push button dispenser.

I liked the idea, but wished that it could be used for larger size pellets. Crosman's shot feeder could only feed 1/4 inch pellets. However, many slingshot shooters prefer heavier and larger pellet sizes.

Having seen the Firestorm's pellet magazine, I made a mental connection one day after I operated a Splatmatic paintball repeater for a blowgun. I tried the modification, it worked, and so I decided to put together this how-to for anybody else who'd like to try it too.

So, Crosman blazed the trail with their Firestorm, and I've now enlarged the trail (for larger pellets, ha ha), and added the retention magnet for easier operation and for keeping a pellet at the ready. I believe that I'm the first to use a blowgun paintball repeater in this way, so if this shows up later on Instructables or Ehow, just remember you "saw it here first"... ;^)

By the way, if you are interested in how the Splatmatic action operates, and/or if you are a machine-shop whiz and you want to whip up your own stainless-steel version of a pellet repeater mechanism, you can view patent drawings for a blowgun paintball repeater assembly at the link below right.

Also linked below right, you can view the patent drawings for the pellet feed mechanism used on Crosman's Firestorm slingshot.

Well, "that's about it for today's show". Hope you enjoyed this Slingshot Modification How-to Article. If you have any comments, you can scroll down a long ways past the Amazon links below and leave them in the "Comments Section".

P.S. If you're interested in other types of parts, slingshots and ammo that might be used for a different version of this project, you can browse through the Amazon links below. 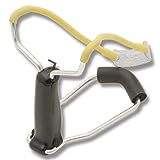 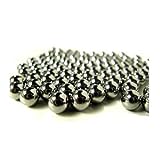 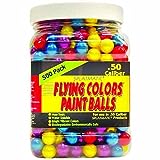 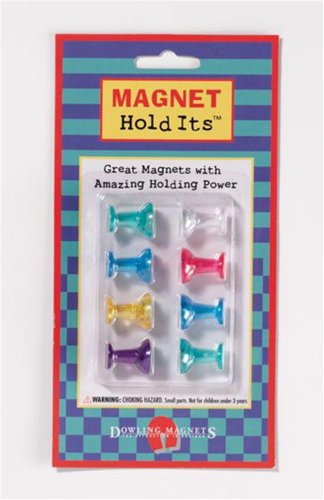