What an amazing to time for Seahawk fans! While the pain of getting so close to a second consecutive Super Bowl title is still very fresh, the hope for next year is beginning to move the grief process along. We're going to be talking about the last offensive play called by the coaching staff for years to come. But imagine what this would feel like if we hadn't beat the Broncos so decisively last year.

This hub was originally written to honor the "steadfast, long suffering" Seattle Seahawks fans who have proven to be some of the best in all of sport not to mention the ones with the most impact on what takes place on the field. However the term long-suffering no longer applies so Cubs fans it's all yours.What follows is the original story.

I don't want to downplay the many years of suffering that fans of the Chicago Cubs have been through. But we Seahawks fans have a few decades of frustration ourselves. Sure we had that trip to the Super Bowl in 2006 where we were defeated by the black and white, er I mean yellow of the Pittsburgh Steelers.But for the most part we have been fans with high hopes followed by disappointment.

2010 might have been the exception to the rule for Seahawkers. We didn't go into the season with much hope and the team proved us right throughout the year by winning 7 games and losing 9. But after the dust had settled we ended up winning the NFC West as the rest of the division had bad years too. The Seahawks were the first team in history to win their division and make the playoffs with a losing record. Less than a week later the team became the first with a losing record to win a playoff game when we beat the defending Super Bowl Champion New Orleans Saints 41-36. That certainly was one of the most exciting days in a Seahawks fan history. The following week we looked bad as we lost big to the Chicago Bears.

I hope this lens brings you comfort as a place for Seahawks fans to come together as well as a place to find cool Seahawks stuff because this year is going to be different.

Despite the years of frustration Seahawks fans are some of if not the, most rabid in the NFL. We are incredibly loyal, eternally optimistic and oh how we can get loud! We've been credited with helping to win games and the team has gone so far as to retire the number 12 to honor our contribution on the field. The number 12 flag is flown in a special ceremony at each home game. Since 2005 we have helped cause a league leading 107 false starts. We've also sold out CenturyLink Field every game since the early 2003 season.

It's Gonna Get Loud! 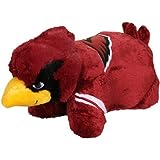 Who was the Seahawks best Quarterback?