GOAL! Go, team, go! Soccer games are a very exciting experience, especially if you have a little star of your own shining in the game. Soccer is a very different kind of ball game, one to be played with only your feet, and using hands is considered a penalty, unless, of course, you are the goalie.

There is no mistaking that black and white ball, also known as a football in many other countries. If you think about it, it really is the true football.

Rather than fans shouting “go, team, go” what name will they be shouting? If you’re a new team, get a good name; if your current team name sucks, change it! There is no reason to have a bad team name, especially when there are so many people who would have a say in it.

Whether you are a team coach, a team mom, or an adult joining an adult soccer league, a good team name is a necessary thing to have. How exactly do you come up with a good name?

If you are anything like me, then you will be scouring the internet for awesome soccer team names because these things are just hard to come up with on your own! Here is a few examples for good team names; you may use them as you wish!

Girl team names should say they are sweet and girly, but they mean business! Here’s some names for your little grassy lassies. (That can be a name!)

Boys are rough, tough, and very buff, right? Their team names should reflect their inner man while sounding their outward brutality during game time.

You can normally get away with a lot in an adult league, just make sure you check keep the name within the rules.

You don’t have to be an adult to have a funny team name. Here is a few team names that are funny, and good for kids! 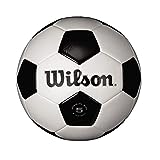 So whether you are in the game or watching from the sidelines, make it a name worth yelling to the world!

Here is a parting tip/personal story:

When I was younger, there was a team whose initials were PMS, so the crowd would chanted “PMS! PMS!” Needless to say, the fans of the opposing team were crying, and not because they were losing, but because they were laughing so hard at the other team’s name!