is the fight possible?

The most anticipated fight between Manny Pacquiao and Floyd Mayweather Jr. seems to lose its chance when mayweather complaining that Pacquiao is using steroids.Many fans around the world of these two great fighters are disappointed especially on the side of Pacquiao when both parties cannot agree each other about the steroids thing.The fight's chance is worsen in addition to Mayweather's statement that he will stop in boxing for two years.

According to some people who were interviewed in televisions why Mayweather is keeping the fight not to come about is that "he's just scared". Freddie Roach says that when Mayweather complaining Pacquiao is on steroids,"he's not yet ready to face pacquiao". 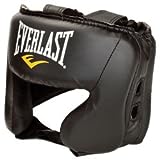 On Manny's side about the complaint of Mayweather,he says that he's not using steroids.He adds that he doesn't even know the physical form of steroids and how to use it.Pacquiao retaliates that maybe Mayweather is using such thing because he knows it.

The steroids and the plan to be inactive for 2 years,are these just sort of technicality of Mayweather?We know that Mayweather is a scientific boxer and that he is a good strategist.Did he just say that Pacquiao is on steroids to get more enough time to ready himself?And that his plan to stop in boxing for 2 years-did he mean this to wait for the moment that after 2 years manny's handspeed is slowing?Plus the fact that Pacquiao has Roach,this make Mayweather to think and plan more deeply because he knows what kind of coach Freddie is. 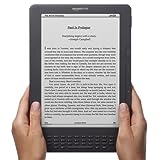 Is the fight possible?I think so.Pacquiao is always ready to face mayweather.Mayweather is just out there planning how to beat Pacquiao.I don't even believe that in 2 years he's just inactive,Mayweather is a person that keeps himself in shape.He is a master of strategy and plan.He can adjust in the next round if there is a difficulty in the first round.He knows how to subdue tough boxers like what he did to Hatton and how to neutralize a counter puncher like Juan Manuel Marquez.The only problem he has right now is how to tackle a fast bomber with high stamina that can endures still moving to the 12th round like Manny.Promoter Bob Arum finds a way or any method to make this fight possible sooner or later.Promoters will not let a big money to slip away on their hands if they won't let this most awaited fight to happen.So there's no doubt that the Pacquiao-Mayweather bout will come about.

If Mayweather don't want to fight,it means that he's protecting his reputation as the boxer who hasn't been defeated and knocked out with the title he has as the no.1 pound for pound boxer in Yahoo Sports.

Can Manny bring home the bacon against Mayweather?If Pacquiao wins over Floyd,who will be the next opponent?will it be Tyson?will Manny step up to that weight?what do you think?who do you guess?

who do you think will win?