The history of decorative Japanese jewelry boxes includes everything from small music boxes to huge lacquer jewelry containers with many drawers; some are even embellished with remarkable cloisonné in the designs. Although most historians will state that lacquering techniques are thought to have first originated in main land China, and cloisonné is considered first to appear as an artwork in the country is now known as Turkey back when it was in the Roman and Byzantine Empires. But most cultural people of the world with tell you both art forms were elevated to the highest level of refinement in Japan, and are now considered very remarkably purely Japanese.

The use of lacquerware was very natural for the people Japan since they have an abundance of lacquer trees in their beautiful island nation. It is the amazing sap of the lacquer tree that is used to produce the remarkable resinous coating that is the foundation for the lustrous shine and strength of these one of a kind and very remarkable Japanese lacquer jewelry boxes.

Amazing Workmanship in these Made in Japan Jewelry Boxes

The Sap of the Japanese Lacquer Tree is the main Ingredient

The sap of the Japanese lacquer tree is the main ingredient of Japanese urushiol lacquer. This type of lacquer has traditionally been used in the main land of Japan from before written language appeared there; the lacquer tree sap has been used in Japan from 6000 BC to the present time. The lacquer substance from this tree is poisonous to the touch, and remains so until it dries, the making of lacquer-ware in Japan has long been practiced as a form of art by skilled and knowledgeable craftsmen.

Japanese lacquer-ware in the Early Era was Simple

In Japan lacquer-ware in the early era was produced in a very basic process. First the object is made from wood or pieces of wood, also other material was used such as paper, basket-weave, and even leather. The first lacquer coat is applied to seal in the object and also to protect the piece from the elements, then artwork and other decorations are added and then the second coat goes on the piece, and then finally a smooth third and possibly a forth coat is added to finish the piece and give it a smooth luster, and glossy look. Not as complicated as the up to twelve coats of lacquer we see today of finished Jewelery boxes from Japan.

Lacquer ware in Japan was at first Influenced by China

Lacquer ware in Japan was at first influenced by China, but very quickly the native Japanese style had huge influences on this art, and the innovations were amazing. It was during the Jōmon period that Japanese started to experiment with different ways to make lacquer ware. A large number of traditional crafts and religions artwork in lacquer has been produced throughout the long and remarkable history of the island of Japan.

The use of lacquer-ware is found in most sections of the main island of Japan. The remarkable and delicate Japanese lacquer-ware is very vibrant and detailed and is very different from the earlier Chinese designs. This can be seen is many of the lacquered boxes made in the late eighth and early ninth centuries in the island of Japan. It was during this time period that the practice of mixing powdered silver and sometimes gold right into the pure lacquer became very important. Also at this time the use of inlays of very beautiful shell and brilliant mother of pearl was very popular among the ruling class.

In this video above are two beautiful vintage made in Japan black lacquer jewelry boxes that play lovely Japanese tunes. These oriental designed lacquer boxes were made in the late 1940s and early 1950s. These Japanese jewelry boxes were very popular in the United States in the1950s, and one of them was my sister's, it was a gift from her Uncle. The other box belong to my Grandmother, and it was a gift from her son. Two of my Uncles were in the military and were stationed in occupied Japan zone right after World War Two, and both brought these sweet jewelry boxes home as gifts.

Many Objects made of lacquer ware in Japan and were Exquisite

It was when lacquer jewelry boxes became popular with the royals in Japan around 800 AD that things really got ornate and exquisite. After this time many objects made of lacquer ware in Japan and included fine writing boxes, beautiful detailed incense containers, and even inlay-ed lacquer boxes for personal stationery, royal documents, or the personal toiletries of the royal family.

My Sisters Japanese Jewelry Box She Had as a Young Girl

My Sisters Japanese Jewelry Box She Had as a Young Girl, One of the many things stolen from our farm on July 3, 2018, including the contents, and items in the background. My Uncle brought it back from Japan after World War Two, and gave it to my Grandmother, she gave it to my sister Celesa. Some of her Jewelry from her teenage years was in this box, along with my Grandfathers cuff-links, and his pocket knife. I am sending an army of dark angels to torment the thieves who looting our farm home, all the curses of my family are also coming to these thieves as well. I might appear to be a comical man in a Hawaiian shirt, but these folks have brought out the Warlock in me. This is jewelry box is black lacquer, and plays music. When folks steal the few things you have of your dead loved ones they are the lowest of the low. I made this video right after her death. I document almost everything in my life. So more to come.

Cloisonne came to the Shores of Japan in the 17th Century

The smaller and very portable lacquered jewelry boxes were called an “inro” back in 900 AD and were secured to the sashes attached to the clothing that bound the patron’s kimono or attire. The art of manufacturing and making Cloisonne came to the shores of Japan around the 17th century to the Japanese, and in Japan the cloisonne artist very often used cranes, and doves in their designs along with chrysanthemums, and other lovely flowers.

Cloisonne like lacquer-ware is an ancient technique for decorating woodwork and metalwork objects, such as jewelry boxes and keepsakes. In Japan it is used with Lacquer to help in the inlays of cut mother of pearl and other semiprecious gemstones, and colored glass. The resulting jewelry boxes can be called Lacquer cloisonne artwork.

The Japanese Lacquer-ware is known by the Sinitic compound known as shikki or in their written language it would appear as " 漆器 " in the written and spoken Japanese language. The Japanese native term for lacquer is it the word urushi or as they would write it " 漆 " this is related to the word beautiful in the English language. Most lacquer-ware is valued by their shiny or lustrous appearance.

There is some remarkable evidence of cultivation of the lacquer tree by the Japanese forefathers in ancient per-historic times, and it look like they were knowable about extraction of urushiol for it adhesive properties, but more than likely the perfected art of lacquer-ware probably arrived in Japan through the Koran land area from China about the same time Buddhism arrived in 800 AD

It was in the Kamakura era around 1188 AD that Japanese artist and craftsman followed the art of the Song Dynasty and started using thick coats of fine black lacquer At this time the Japanese artiest and craftsman began to applying many thin lacquer coats to carved wood, and in this way they could produce a high quality jewelry box or Buddhist image for the merchants to sell to the more affluent members of their society.

The Red and Black Lacquers are the most Used in Japan

The red and black lacquers are the most used in Japan, and often you will see the use of these lacquers with the inlays, such as seashells, mother of pearl and similar shell like materials such as mica. The Japanese also use gold and silver powders in the application of their lacquer wares.

Beautiful Black Lacquer-ware is made throughout the Japanese Island Archipelago 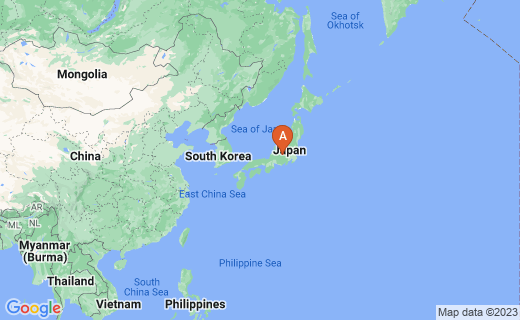 A Rickshaw that Moves behind the Glass to the Music

It is Fun to Collect these remarkable Black Lacquer Jewelry Boxes

It is really fun to collect these remarkable black lacquer jewelry boxes that are made in Japan. These wonderful pieces of art were made from the late 1940s until the early 1960s. Most were made in the early years of the 1950s. Many have musical components and even dancers. Many have hidden drawers and secret compartments. These were loved by many young women in the age of innocents of the 1950s. The artwork is superb on these beautifully lacquered works of art. Collecting them is a fun and not to expensive of a hobby to start and enjoy.