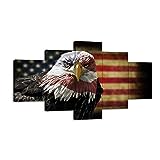 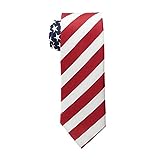 Overall, the American flag tattoo represents everything that is American. The United States of America is the "land of the free". In America, you can be anything that you want to be and you can live all of your dreams. The United States symbolizes freedom and independence. The American flag tattoo can honor all of those who fought and died for every American's freedom.

Some American flag tattoo designs include American phrases like you see in the pictures on the right. "In God We Trust" and "Proud To Be An American" are often chosen in American flag tattoo designs. There are many different phrases and quotes that can be used when it comes to the American flag. This may be something you want to consider in your design. Remember, you can add the American theme to any symbol that you want, such as an anchor, clover, eagle, flower, music note, rose, or yin yang. This gives the tattoo artist and the wearer plenty to consider, so use your imagination!

It is very important to remember to do your own research when choosing a tattoo symbol or design. This gives you a better idea of everything that is out there. You may run across something that you hadn't considered yet. Take your time and don't rush into getting inked. You don't want to get a tattoo that you later regret. Make sure you understand what the tattoo represents and means first. If you feel that the American flag tattoo is not for you, be sure to follow the links below to view more tattoo symbols, designs, ideas, and meanings. Thanks for your visit.