When it comes to ancient Celtic art, no other designs in the world compare. From Celtic knotwork to Celtic spirals, these ancient designs are both symbolic and beautiful. The Celts were very creative and knowledgeable people. This ancient art style has been transformed into tattooing and it offers a host of unique tattoo designs wore by men and women. Celtic tattoos come in a variety of different styles and the art style is portrayed in hundreds of tattoo designs, such as the butterfly, eagle, and dragon. Due to the vast choices you have with Celtic art, it is no wonder that so many people choose this ancient art style in their tattoo design.

We honestly know very little about the ancient Celts because they rarely wrote historical events down. Tradition was passed down by word of mouth among Celtic ancestors. This was not because they lacked intelligence as some may think. The Celts were very knowledgeable people who held rich traditions. Some of their most prestigue talents were their widely known art work. Ancient Celtic art designs show interlacing patterns that have no end or no beginning. Such Celtic designs included Celtic knotwork and spirals.

Once upon a time, most of Europe was Celtic. This was around the 5th century. Most of England was actually populated by the Celts. The Celts and Celtic cultures thrived in early Europe until the arrival of the Romans and Saxons. Once the Romans and Saxons entered Celtic land, war was inevitable. The Celts were led by their legendary leader King Arthur. King Arthur led his faithful Celtic army to battle in England and he lost his life. Even to this day, King Arthur is a Celtic legend.

Celtic knotwork and ornamental style tattooing is beginning to gain popularity again and it is a popular tattoo style. There are many images that can be portrayed in Celtic art. The Celtic butterfly and the Celtic eagle are two animals that are symbolic to the Celts and hold deep meaning. Celtic art can be done in animal forms and animal zoomorphics. In fact, when animals and people are done in this style, it is a representation between man and animals.

Celtic tattoos can be worn for a variety of different reasons, depending on the wearer. They are mostly chosen by those who have an affiliation with the Celtic heritage. Someone could choose to have a Celtic tattoo to symbolize they are of the Celtic bloodline. They may choose tattoo designs that represent the Celtic tradition, such as the Celtic Shield or the Celtic Tree of Life. Some people choose the Celtic art style because they like the designs and think they make unique tattoos. Whether it is for the designs, heritage, or beauty, Celtic tattoos are a great choice for any man or woman. 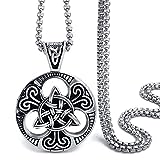 When it comes to Celtic tattoo designs, they all are very symbolic with deep meanings. Here are some of the most popular designs that are often chosen for a tattoo design.

The Celtic knot is probably one of the most common designs you will see in Celtic tattoos. They are made from spirals, knots, and mazes. These designs came from the book of Kells. These designs were commonly found in metal, pottery, jewelry, and weapons. Some people believe that the Celtic knot represents the complexity of the world. We believe we get this meaning due to the complex design of the Celtic knot. Others believe that it symbolizes the cycles of the seasons. One of the more common meanings of the Celtic knot is that it represents eternity. This meaning is due to the fact that the Celtic not has no beginning or no ending.

The Celtic Tree of Life is probably the most symbolic of all Celtic designs and it is also a popular tattoo design. According to the Celts, trees play a very important role in our lives. Such countries as Egypt, China, India, and Germany have similar designs and similar meanings about trees. When you actually think about what the tree does, you can begin to understand why they felt the tree was so important. The trees are the source of all life. Without them, we could not exist. Before Christianity, people were said to worship the trees. Some ancient Celts believed the tree represented balance and harmony in life. Other Celts believed that trees symbolized birth, death, and rebirth.

The Claddagh is not as common as the other designs, but it makes for an interesting symbolic tattoo. The Claddagh is a wedding ring or friendship ring that portrays a heart with a crown. The crown is held by two hands. It sounds like a weird design, but it actually looks good and it is very symbolic. The heart represents "love". The hands represent "friendship". The crown symbolizes "loyalty". It would be a great tattoo choice considering you don't see this design much.

The Celtic tattoo style is rich in history and symbolic meanings. As you have read, there are a variety of different designs that you can choose from. Before you do, make sure that you take your time and research all possible designs, styles, and meanings. You want to look at as many designs as you can before you get inked. People that rush and get inked usually end up hating their tattoo later on down the road. If you do your research and take your time, you should be able to find a tattoo that fits you. Remember, your tattoo will live longer then you. Thanks for reading.