The compass tattoo has been popular for centuries and popular among a majority of different cultures and beliefs. The compass tattoo comes in a variety of different designs, such as the star compass, nautical star, prismatic, and the rose compass to name a few. This old maritime symbol was popular among early sailors. It is believed that some of the earliest sailors that used these designs were Spanish. There has also been evidence that supports the Celts and other European cultures used such designs.

One of the main reasons that the sailors wore the star compass design was to represent a safe trip over the open water and a safe return home. These designs were used as tattoos, but were also painted on ships and vessels. Back in those early times of sailing, it was very difficult to cross the oceans and very dangerous. More times then not, ships and the men they carried disappeared and were never seen again. Some people even believed there were giant monsters in the waters that snatched them up. Centuries ago, the ocean was a scary and deadly place. It was also believed to be a good luck symbol for any sailor. Back in those times, many people were very superstitious.

As you can already see, the compass tattoo or symbol served many different purposes. The star compass tattoo is also popular among different military officials and soldiers. It was believed to offer protection and security. They were also used to represent guidance. In modern days, people get these tattoos for all three meanings. Some people feel the tattoo offers protection and security, while others feel like it offers guidance in relation to the North Star. In these tattoos, you will usually see a "N" because that was the most important direction. It was how everyone found the other directions. Soldiers use this design as a reminder of home. When they look at their tattoo, they are reminded of the importance of making it home.

Compass tattoos have also been a symbol for following your dreams. For anyone that has accomplished their dreams, you may want to consider this design. It also has been a symbol to remind you to stay your course in life. You may have worked very hard for something and made it, but things haven't been going good as of lately. The compass tattoo can remind you to stay with this dream, stay the course. All compass tattoo styles represent one overall meaning, which is guidance and direction.

The compass tattoo can also represent to find your way in life. We all wonder where we would be heading at one time or another. The compass tattoo can represent the right way to go through life, the right path. Compass tattoos have also been linked to punk rock, anti-racism, and lesbians. These meanings actually scare some people away from the compass design, but these meanings are represented in a very small percentage of the population. Truth be told, in modern day, you rarely see them linked to them. 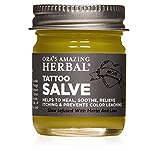 Before Your Compass Tattoo

Getting a tattoo is a big choice. You want to make sure you do your research and check out all the different tattoo styles, designs, and meanings before you choose one to get inked with. Take your time and review all possible options. Do not rush into the tattoo process as well. Those who get a tattoo on an impulse usually end up disliking their tattoo in time. If you take your time and view all your options, chances are you will be happy with your choice, even later on down the road. Research all the different tattoos that are available and then make a choice. If you feel like the compass tattoo design is not for you, be sure to check out more tattoo designs and ideas in the links below. Thanks for visiting.