Girls have the Cosplay Spirit

Looking for hot cosplay girls? Cosplaying is the act of dressing up as someone from an anime, videogame, or manga. Just like on Halloween, you have tons of fun pretending to be your favorite characters. There are both girl and boy cosplayers as well as group and couple ones too. For now though we will focus on some of the main girl character cosplayers. Wither your looking for cosplay ideas yourself or just want to browse what others have done to see if you can do it better, different, or uniquely. The art of cosplaying combines fashion, acting, and even some design skills if you make your own costume/props. There are many ideas shown here from pokémon pikachu girls to ass-kicking Yokos from Gurren Lagann. Females in general normally have the most cosplay options as many can also play male characters better then males playing females - a common thing in the anime world. In the cosplay world it doesn't matter as much what you look like, if you try hard enough you can pull off an awesome costume and really get peoples attention. Most of these people cosplay for anime and gaming conventions such as Anime Boston for instance but there are others who choose characters from movies and television. Normally lots of work are put into being ready to play someone else, so some of these roleplayers might also use the costume for Halloween or other special events such as birthdays, parades, promotionals, and of course fan videos! Heck, some people even wear their costumes to work everyday! People who work in anime/manga stores commonly come into work as someone from an anime ready to greet customers. I wouldn't be half surprised that in Salem, MA on the forth of July to see a few cosplayers around for the fireworks. Anyway enough talking about cosplay girl costume ideas, lets see some!

Pikachu, Charmander, Squritle and other full costume suits can be found on this product page! This is the easiest and most affordable option to go to an Anime Convention with!

Pokémon is one of the main cosplay options out there. There are over 600 pokémon now and additional characters from the show that there is a perfect fit for everyone, every color, every shape, and every size. If your thin and sleek you can be meg or misty for instance.

Yoko Littner is a character from the older put popular anime/manga series Gurren Lagann. Gurren Lagann is based in the future where different elements drive large robots that do battle with each other. It's a struggle for humans to survive underground. Yoko's simple outfit and notable gun and hair piece make her a timeless cosplay option for girls who have the figure for it. 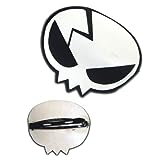 This is the iconic headpiece that makes any Yoko cosplayer actually be Yoko! Its a must have for any cosplayer.

Burst Angel is a very interesting anime also based in the future. There is a lot of government control and the people can't really fight against it so we find our heroes for hire to do jobs that help the story line progress. Of course Burst Angel isn't just about what's happening now, but its filling in the links of the past that got them to the point in time which they are at. The main characters are Meg and Jo and both of them are the real meat and soul of the anime and are most often cosplayed.

Naruto is on of the current most popular animes ever. There is a thrilling fight story line and plenty of room to keep creating more. When you mix magic and ninjas together you get Naruto, and who in there right minds doesn't want to be a magic ninja? Sarkura is the main female role in the Naruto franchise and the most often cosplayed girl. She is strong and smart and often keeps Naruto safe by telling him what will happen in a fight.

Etna is a recurring character in the Disgaea series, first appearing as a playable character in Disgaea: Hour of Darkness. She is a manipulative demon intent on gaining power, and also hides dark secrets within her heart. This charming but manipulative demon is a fun character for any girl to cosplay and a very notable one at that - almost every single person who has played the game knows who she is and remembers her character, shes almost as famous as Megaman!

Misa is a little devil from Death Note. She is winy and always wants things to go her way. While she is pretty she is also incredibly dumb compared to the rest of the characters in the anime (of course, shes blonde!) She is probably the only female from Death Note anyone can tell who is up front without thinking or asking the cosplayer.

Katja is actually an elemental. She is a Qwaser - or a living metal who is thousands of years old. All the metals and alloys and materials that ever existed have there own living elemental and often times these elements fight with each other. She is bent on destruction and wants to be Queen of everyone, and of course she acts just like a little child. A good cosplayer will learn her personality and be both demanding but sweet at the same time in an act of manipulation.

Shana is often cosplayed as just a girl with cloth, leather, or paper wraps around her body. Of course the real trademark in cosplaying her is the hair and the sword, if those two are dead on then the cosplay will be a success and anyone will know who you are! Of course keep in mind that costume malfunction is incredibly high with this cosplay!

Black Rock Shooter is the name of the girl with the one blue eye and the magical powers of transforming her wepon into other weapons. There are only a few Black Rock Shooter shows out there but all are thrilling and shall i say awesome. Its one of the best female fighting animes in existence and the trademark look is very simple, the black coat, the blue eye, exposed belly+legs and that long black hair and there you have it, Black Rock Shooter!

The Cheshire Cat is a really interesting cosplay option. The problem with it is no one actually can look like the cat. The reason why these are here is more and more cosplay girls are choosing to go as this tricky disappearing little cat from Alice in Wonderland. While its true the game exists, the cosplayers are from the live movie but still come out great!

Felica is from the Darkstalkers series. Darkstalkers means Vampire essentially and its a game a lot like Tekkin. You can play as Felica or many other characters and fight in a one on one fight or a two vs two fight. Its just a fighting game and of course Felica does lots of cat type attacks. She is an extremely powerful character and one of the best in the game, if not the best.

Navi are the blue people from the movie Avatar. While this is a movie and it isn't an animation there has been such a large population of Navi at anime conventions that I had to include one. Trying to pull off the look is very very hard as the noses and ears are different then a humans. Also the body paint is tricky to get right and you have to be thin - there are no fat Navi due to how they are built with stronger carbon skin. While there are plenty of men cosplaying as Navi, the girls really have the most fun with them, for oblivious reasons.

League of Legends is an online game that brings the most thrilling battling of players ever. While the population is mostly guys there are a ton of girls who play League of Legends compared to any other online game. The game itself has more then 100 characters that are playable and many girls love cosplaying as them. The game pushes the female characters and often times gives them the strongest abilities of all the champions. Of course many of the females are set to "support" more manly characters aswell.

Sanja is one of the main characters of a popular videogame for Xbox (I dont have an Xbox so I don't personally have experience with her) but she is a very common cosplayed girl. Essentially an armored warrior Sanja is one of the butt kicking girls many cosplayers try to choose to get away from being something common like a Neko.

Sophitia is a popular game character from Soul Calibur. The serious has many fighters to choose from and pits them in 1v1 fights in a round based game. Sophitia has some of the most deadly combos of all the characters and of course is one that has more defense then most (the shield can be used to block more effectively).

Panty and Stocking with Ganderbelt Cosplay

Neko girls are the most common of all cosplayers. Everyone wants to be a cat and there are thousands of them in animes and mangas, too many to know all of them or to even explain the few seen here. Almost every single Neko girl is linked to an existing Neko from a show or manga, aka not just a random cat girl. There is never a single person alive who says "God, I wish more girls weren't Nekos with tails and ears." Its a very popular trend. 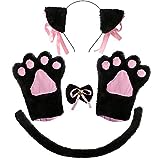 Worn by the lovely neko girl above!

Hope you enjoyed the gallery/ideas for girl cosplayers. If your a collector of anime figures or manga figures you might want to check out this hub about Anime Figures. Many of the girls here like Yoko come in pvc or resin anime figures that you can get and put on your shelf. You can check out my special Yoko: Girl and Her Gun Hub here to learn more about Yoko Littner herself and maybe why shes so famous in the anime universe. Speaking about Yoko...She has one more message for you!

Own Your Own Anime Girls

Hey! If you liked this hub and are a fan of the anime girls these lovely ladies presented why not start your very own Anime Girl PVC Figure collection? Its a fun and ever expanding hobby!