Women's Hats To Wear To the Kentucky Derby...Or Just Because

Hats...they can go from the beautiful, the sublime, to the ridiculous. Hats worn to the Kentucky Derby and other horse races can be all of these things and more. Mostly more. A lot more. From a simple covering to shade the face from the sun to amazing fashion statements, hats have come a long way. No longer are they simple straw affairs to keep the sun out of your eyes, but elaborate confections made of lace, feathers, silk, organza, the list goes on and on.

Now raise your hand if you've ever said "I like hats, but I'm just not a hat person." I can tell you my hand is raised right up there with yours. The first hat I ever wore was of course when I was an infant, (completely beyond my control!), then dorky ones I despised that I was forced to wear to go with my Easter dress. I can vividly remember stuffing one in the back of a closet before Easter, hoping my mother wouldn't find it, so I wouldn't have to wear it to church. My hat hatred continued through high school and part of college until I met the boy who would take me to my first occasion where it was entirely appropriate to wear a hat. In fact, it was almost a prerequisite. 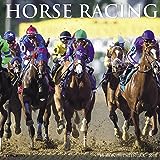 Off To The Races

You might've guessed my first real occasion to wear a hat was to a horse race. Quite a prestigious one for my little state...can you say "old money?" However, what started out as a small stakes race for the horsey set had evolved over the years into an excuse for nomally slovenly college students to dress to the nines, eat food off of linen tablecloths with real china...and get falling down drunk. A popular I-am-not-making-this-up promotional bumper sticker for this race boasts "I Never Saw A Horse!"

Actually, due to the social stature of my wealthy boyfriend, I did ...lots of them, because he had infield passes that had been in his family for years. Infield passes stay in Southern families for this race for decades and are willed to you if you're lucky. However, I digress. My socially aware boyfriend handpicked my outfit for the day, a white number with a huge circle skirt made from gauze and tons of lace that I had to wear a slip the size of Texas to keep from becoming completely transparent in the sunlight. Oh, and a hat. It was big and straw with flowers adorning the brim. He also picked that out as well (it was a very unhealthy relationship!) and I thought I was complete hot stuff! Hot stuff is Southern for Da Bomb!

I caught a lot of attention that day. silly me, as inebriated and full of myself as I was, I thought it was my lovely hat! However, as I later found out from a friend who had seen me there that day, my slip the size of Texas really hadn't work like I had hoped and in the intense sunlight that day, my lovely white frock turned almost transparent. I found myself wondering frantically what kind of underwear I had worn that day and how many people had actually caught the whole thing on film...yikes!

However, I did fall in love with hats that day and the boyfriend went the way of all wealthy boyfriends, (hasta la vista, baby!) and I shelved my hat wearing for a few years. Several years later, my best friend, Tess, and I once again ended up at a horse race at the invitation of a newspaper for which Tess had written. We wandered over to the vendor tents and wow, I was in hat nirvana! There were several tents set up with vendors selling hats of every color and description, pink hats, purple hats, hats with feathers and chiffon, even tiny tiara hats!

Who Cares If You Only Wear It Once A Year!

There were two large mirrors set up, so the ladies could check themselves out as they tried on the hats and I watched woman after woman try on hats. And I came to this amazing dscovery...as each woman tried on a hat, even a homely looking woman, they were transformed! Maybe it was that the hat brought attention to their beautiful eyes or brought out the color in their faces. Or maybe the hat just brought a smile to a normally unhappy looking face, I can't say, but every lady who tried on a hat was instantly drop dead gorgeous. Of course, the hats sellers were happy, because they were selling hats left and right, some at $100 a pop or more. But what's a $100 when you're a woman and beauty and self-esteem is involved!

Go Ahead! Buy That Hat!

Although hats are not really accepted as everyday wear anymore which in my book is a real shame, I say, if the hat fits, makes you feel like a queen, and you feel like a new person when you put it on your head...buy it! There are so many different ones available that there is sure to be one that's perfect for you. And you can always make up occasions to wear it...your birthday, all the major holidays, Armistice Day, V-J Day, whatever! And don't forget to check yourself out several times in the mirror throughout the day and remember...you look mahvelous!! And as long as you think so, that's all that matters!

Just make sure that you're wearing a good slip and people are staring at your hat-sets and not your...ahem...ass-ets...