Forgive the lengthy rant following this sentence, but this is ridiculous.

The first time I saw this commercial I thought it was a spoof. It had to be. It reminded me of faux ads on Saturday Night Live. It actually made me laugh thinking of John Belushi being the spokesperson for his Little Chocolate Doughnuts. I was waiting for Phil Hartman to walk on screen playing some goofy character. It didn't happen. I didn't even get Chris Elliot.

The Forever Lazy is a product being marketed for those who are just too darn lazy to wear a blanket OR it’s deformed, backwards wannabe robe cousin, the Snuggie. So it’s basically a zip jumpsuit you wear around the house, which is fine I guess. But there is just one problem, YOU CAN WEAR A SWEATSHIRT AND PANTS ALREADY! It’s like if you decided to throw away your couch so you could buy a bunch of “new” pillows and duct tape them together. I mean, it serves the same purpose and is infinitely more embarrassing. I dare someone to wear one of these things in public (as it shows countless times on the commercial).

The Forever Lazy, for those who want to look like they're wearing footie pajamas as a full-fledged adult. I thought that immediately, but then my live-in girlfriend pointed out that it doesn't have any feet. No less than 5 seconds later the announcer came in with “your free gift.” I’ll give you one guess….Slipper Socks.

I forgot the best part, the @$$flaps. Yes, I know, long johns have had them forever. But long johns are yet another product that already exists. So now they’ve taken the laziest parts of them all and bred them into this monstrosity.

I can see the production board meeting.
-“Okay, I have this new product. They were dumb enough to buy all those Snuggies. Let’s just sell them footie pajamas.”

- “As the head of this company, I, in good conscience, can’t sell this to consumers.”

-“Okay, how about this. We cut off the feet and give it back to them for ‘free’.”

-“Well what about when you want to go to the bathroom?”

-“This was being saved for the Infinitely Obese coming out in 2014, but we have been working on a butt-flap prototype.”

So, to sum it up, if you buy the Forever Lazy you will be magically transformed from a man/woman into basically what amounts to a Muppet Baby. Wait, now I wanna buy one… 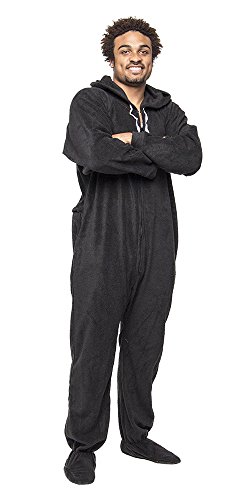 Check Out Some Of Skinsman82000's Other Hubs