One interesting tattoo that you may want to consider is the fox tattoo. Fox tattoos are not mainstream tattoos, but there is a popularity for the tattoo. Fox tattoos can be worn by both men and women. They can also hold symbolic value to the wearer. Just like all animal tattoos, the fox tattoo symbolizes traits and attributes of the fox. Fox tattoo designs can portray the fox alone or with other symbols and elements. Fox tattoo designs can be designed in several sizes as well.

The fox has been a symbolic character to several cultures throughout time. The fox has been associated with legends and folklore for centuries. Foxes have been portrayed in books and movies as well. The fox is a symbol of good and bad, positive and negative. The fox also represents the feminine nature. Although the fox tattoo represents femininity, fox tattoos are wore by both men and women. Fox tattoo designs can be designed in various styles and themes. 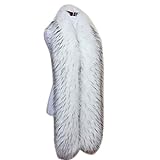 Fox tattoos can be designed in a variety of different ways as a tattoo. Most of us have heard the old saying, "slick as a fox" or "sly as a fox." The fox can represent someone that is sneaky, cunning, or deceitful. Due to this, fox tattoos can be designed to portray such things. This would explain the tattoo on the right which portrays a fox with a cigar peaking to see someone or something. Fox tattoo designs can be designed in this fashion. You may see a a fox designed with an glasses, which portrays cleverness. You may also see a fox portrayed in clothing as a tattoo. In folklore legends, it was believed that the fox had the ability to transform into a human. They would do this by disguising themselves in different ways. Because of this, fox tattoos will portray a variety of human elements within fox tattoo designs.

Another popular variation to fox tattoos is the tribal fox tattoo. This tattoo portrays the fox in tribal art. These are a great tattoo choice for men. Tribal art is very popular among men. Another type of fox tattoos is the Fox Racing logo. Although it is not popular, it is worth mentioning. Since there are so many variations and designs to consider with the fox tattoo, it gives you plenty of options to consider. This can be an advantage for those who are looking for a unique design and an disadvantage for those who can't choose one design to get inked. Bottom line, whether you wear the fox tattoo for symbolic purposes or as a decorative tattoo, you have a lot to think about.

There are some very important things that you need to remember before you get your fox tattoo or any tattoo. As you are now, make sure that you take the time to research your tattoo. You want to make sure that you completely understand what your tattoo represents and stands for. Don't rush to get inked! If you are not completely sure, don't go ahead and get tattooed. Men and women that rush their tattoo without thinking usually end up with a tattoo that they hate later on down the road. Avoid this mistake by taking your time, doing your research, and choosing a design that you won't care to sport for the rest of your life. If you feel that the fox tattoo is not for you or you want to check out some more tattoos, please feel free to follow the links belows! As always, we thank you for your visit.