Men’s underwear has come a long way. From the loincloth, which men began wearing for protection and cleanliness between 5,000 and 7,000 years ago, to the braies and chausses of the Middle Ages, to the padded codpiece in the 16th century (a trend created by Henry VIII), to the snug, knee-length underwear at the start of the Victorian period, to the one-piece union suit of 1868, to the boxers, briefs, and boxer briefs of the 20th century.

Loincloths were basically a leather triangle with strings. They were often found in the tombs of ancient Egyptian pharaohs among other goods slated to accompany them into the afterlife. Braies were loose-fitting clothing made of linen and other fabric, and worn from the wearer’s waist to his mid-calf. Loose- (and eventually tighter) fitting chausses were worn by the wealthy members of society. The codpiece opening was later added so men could relieve themselves easily. The Victorian underwear was made of flannel mostly and there was usually a matching top. The union suit, which came a bit later in the period, was actually a women’s garment, which gained favor with men. It had a buttoned front and back flaps. Boxers, briefs, and boxer briefs were made of all manner of fabric. Since their invention, they have evolved to the point where they are now staunchly ingratiated into men’s fashion and our culture in general.

By 1925, the design of men’s underwear changed in an effort to create a more comfortable and accommodating garment. Enter the boxer shorts. It was originally designed for fighters or pugilists, who fought with confining leather-belted trunks. Jacob Golomb, who founded the boxing equipment company Everlast, introduced an elastic waistband to replace the leather belt. At first, this new shorts reaped only a modicum of success due to the invention of its competitor, the brief. However, it regained popularity in 1947. The undergarment was called boxer shorts or boxers after the original wearers.

Over the years, the design of the boxer shorts evolved. They remained loose-fitting, but most had a fly in the front that was closed by buttons or metal snaps. Others had an open-flap design with the opening covered by overlapping material. The blogger Reynaldo Tempenter mentions two lesser-known boxer shorts design on his blog http://boxer-shorts-briefs-for-men.blogspot.com. The first one, the gripper, has snaps on the fly and on the wide waistband to open up fully. The second, the yoke, came in two styles. Both styles have three snaps on the waistband and a closed fly. But one has elastic on the sides of the waistband, while the other has strings for tying.

Today’s boxers fit somewhat tighter. They are made with less material and are a tad shorter. Research indicates that men find this style more comfortable. It is available in men and boys sizes and made of various fabrics, including 100 percent cotton, cotton blends, silks, knits, and synthetics. They are also available in numerous designs and colors, such as solids, multicolors, prints, patterns, and stripes.

The World War II servicemen were responsible for the introduction of colored underwear. Jockey, who provided the troops with white underwear, changed the color to olive drab to blend in with the environment, so drying laundry no longer made camps visible to adversaries.

Men’s briefs are just that. Brief. Tight and short. The original design was the brainchild of Arthur Kneibler, who was an executive at Coopers, Inc, the Wisconsin hosiery company. The idea was sparked by men’s bikini swimming trunks. Kneibler designed the underwear with an overlapping Y-front flap that created more room in the crotch region. He called it Jockey shorts because of its similarity to jockstraps. This man’s undergarment was so successful, the first six hundred pairs distributed to the Marshall Fields Department Store (Chicago, Illinois, USA) on January 19, 1935 sold immediately. Three thousand pairs sold in the first three months. In 1971, Coopers changed the company’s name to Jockey.

Beginning in the 1970s, designers such as Calvin Klein took men’s briefs to new heights by making them an integral part of our fashion and culture. We saw male models on billboards wearing nothing but Calvin briefs (re: Marky Mark, 1992). We also saw them in music videos. Briefs became available pre-shrunk and in numerous fabrics, colors, prints, and patterns for men and boys. In the United States (USA), briefs developed the nickname tighty whities. In the United Kingdom, they were and still are called Y-fronts.

Boxer briefs are styled in the combination of boxers and briefs; creating the best of both worlds. They are often compared with the union suit of yesteryear. They are made of the tight-fitting, spandex brief fabrics (though some are not so tight-fitting) with boxer shorts shape and thigh-length legs. For comfort, some are designed with extra material at the front to from a pouch; others have a flap; and others have neither. Boxer briefs were introduced to the world of men’s undergarment in the 1990s by then Calvin Klein designer John Varvalos. Boxer briefs are currently available in a myriad of fabrics, styles, colors, patterns, abstracts, and prints for men and boys.

A 2013 New York Times online article, “Changes in the Marketing of Men’s Underwear,” reported that men’s undergarments have become so much a part of their fashion, that they are seeking brighter, wilder colors, patterns, materials, and styles. For example, they want fuchsia, lichen green, racing stripes, floral, cartoon characters -for the kids especially, transparent colors and designs; Steel Micro Hip briefs with wide waistbands, Pro Stretch Reflex boxer briefs (Calvin Klein), completely seamless, and with pockets styles; breathable mesh, bamboo, cotton, lycra fabrics, and on and on. Younger or newer companies, such as 2(x)IST and Mark Weldon, are providing every kind of boxers, brief, and boxer briefs to feed their voracious appetites. Whatever the reason: athletics, everyday wear, romance, enhancement, there is underwear or two or three men can now choose from. An underwear blogger, Michael Kleinmann, estimates that there are currently 300 companies supplying underwear to males.

An interesting factoid: The young companies are no longer focusing on sex as Klein, Jockey, and other designers did in the 1970s, ‘80s, and ‘90s. Although the way in which they are worn by today’s fashionable young men -visible from pants being worn halfway down their butts- you might disagree. But models are no longer the handsome, chiseled types. And the settings or backdrops in ads and commercials reflect family situations or athletics. Yet, as cited in that New York Times article, men’s underwear was “the fastest growing” in 2012 with about 2.4 billion dollars in sales. Keep in mind though; many of these designer-garments are not cheap.

Interesting factoid 2: I am sure you are familiar with the arguments about the effect tight underwear may have on a man’s sperm production and/ or his risk of developing testicular cancer. There is enough research out there to support both sides. Ultimately, it is the man’s choice whether or not to wear boxers, briefs, or boxer briefs. 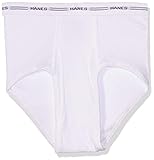 Which Kind of Underwear Do You or Your Significant Other Prefer?