How to Make Your Cheap Clothes and Accessories Look Expensive

Buttons, Scarves And Belts Can All Be Used To Creatively Accent Any Outfit ~

There's A Reason Cheap Clothes Are Cheap, But They Can Still Look Expensive ~

There are reasons that cheap clothes look like they are cheap. They are often made from inferior materials and are usually not sewn as well as more expensive clothes are. Usually, they don't fit quite like the expensive clothes either. They tend to have more of a boxy "this size fits most" (people who wear this size) kind of fit. Sometimes you find you have to be careful when caring for cheap clothes, since fading can happen when they are washed as well as seams coming apart.

One good rule of thumb is that clothing made from synthetic fabrics will often look cheaper than clothes made from more luxurious fabrics like cottons, silks and linens. If a blouse is made from a polyester type material, you will often notice that the seams are bulkier and the edges may not have as finished of an appearance as edges on other fabrics. When you are saving money on clothes by choosing cheaper clothes, it's better, if you can, to go with the more expensive looking fabrics.

As far as some fashions go, however, even cheap clothes can be made to look like more expensive ones simply by adding additional elements to them. Try adding a super cute jacket to a cheap blouse, or a blazer you've picked up that was expensive, but since you were a smart shopper, you picked it up at a discounted price. Some stores in the United States are fantastic places to find designer fashions at deep discounts. Some of these include Burlington Coat Factory, T.J. Maxx and Ross "Dress For Less" stores.

Pairing a cheaper blouse with one of these elements can make it look as if the total look you've created is well "put together" and can make you look like a savvy shopper, as well as a "snappy dresser". Another way to dress up a cheap blouse is by replacing buttons on the blouse. If you notice that the blouse has very basic and generic buttons on it, try sewing new stylish buttons on it to create a fresh, new and updated look.

Many times, a fancy shank style button can update a look in a creative and expensive looking way. Buttons covered in material have this effect and metallic buttons can have that effect as well. Other buttons to try using include pearl-look buttons or buttons in creative shapes. Anything that can make the blouse more attractive to the eyes is a good bet.

One way to make a discounted and basically styled dress look more expensive is by adding a pretty and stylish fashion belt to it. It can be a wide plain colored belt or one with stylish designs on it. It can even be one of the latest trendy looks, which today is western belts with rhinestones on them. Pair this with a cute pair of cowboy boots, and you have an expensive look at a fraction of the cost. This is the look we see a lot of in the western United States. We see it in Nevada where I live and in other western states.

Another accessory that can make any outfit look like a million bucks (OK, so maybe not quite that much, but it can improve the look) is a pretty fashion scarf. Many times, beautiful scarves can be found at discounted prices, especially when the seasons are changing.

In fact, some department stores even feature well-known designer scarves at a fraction of designer prices. One of the most recent examples of this was at Target when they were getting rid of the clothing and accessories by one designer to make room to display those of another designer. Many stores seem to do this at least twice a year. By shopping for great bargains, you will always have an assortment of pretty scarves to choose from to dress up any plain looking outfit.

If fit is an issue, and if you are handy and know how to sew, often times a couple of darts sewn in a garment can make a world of difference. This can work on a top, or even on some skirt styles, like a pencil skirt. Once the item looks as if it is tailor-fitted, it will most likely look more expensive.

I'm not handy at all with a sewing machine, my few pithy attempts at sewing took place in home economics courses in high school where a patient woman would attempt to teach us youngsters how to sew. Oh, the stories I'm sure she could tell! I bet some of them would be hilarious. I can only hope she doesn't remember anything I made! Some of our fledgling attempts were pretty humorous.

I do remember one dress in particular I made, and I never wore it, not once. The end result just did NOT look the same as the picture on the front of the pattern envelope. That seemed to be a pretty common occurrence in this class! It was definitely a case of what you see is NOT what you get!

How To Make Accessories Look Expensive ~

One easy way to make any scarf look dressier and more expensive is by using scarf clips, which are a form of jewelry, to hold the scarf in place. There are so many ways a scarf clip can be used, and they can be used with almost any shape or style of scarf as well. Sometimes you can find helpful videos on the Internet that will teach you the correct way to use a scarf clip. They really are very versatile and pretty accessories!

When you are wearing something like a plain black outfit use a scarf, with or without a scarf clip, to dress it up. This allows you to create just a little bit of a different look each time you wear that favorite "go-to" little black dress or black top. When you wear different fashion scarves with it each time, you won't have as much of the feeling that you're wearing that same dress... again.

One way to dress up basic accessories like purses is through buying and attaching "bling" that you can often find at craft stores. A very plain and basic purse can be transformed into a look-alike of an expensive designer one by using this method. Even a plain t-shirt can be dressed up and become really stylish by adding some of the beautiful rhinestone and other fashion bling jewel stones you can find in the craft store.

Often times, you will even find instruction and idea books in the craft store right near the rhinestones, faux jewels and other "bling". These books can really be helpful to give you some creative inspiration and new ideas. The idea is to go with what you like best, and make your own purse or other accessories into creations that express your individual style. If you enjoy trying to make them look similar to the look of a designer you admire, go for it!

It Pays To Shop for Things That Look "Designer" But Aren't! 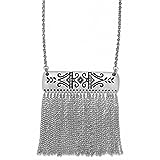 Speaking of designers, if you know there are certain designers whose look you REALLY love, chances are you might find similar items in stores that are much cheaper. Once recent success I had with this is a watch that I found. I LOVE the look of "Brighton," a well known design style. I love everything they make, including jewelry, handbags, wallets and other accessories. I found a watch recently and looked at it and thought "this reminds me of a "Brighton" style!

The really good part about buying this watch was that I picked it up for under $15 on clearance, only a fraction of what real "Brighton" watch would cost. Now the thing about this is that the watch may eventually stop working. I hope that doesn't happen. If it does, I hope that I can simply change a battery and still have a great looking watch for a while longer.

Becoming familiar with design styles that you love and then shopping for things that look similar can be a way to feel as if you are wearing designer when you aren't. In today's economic atmosphere, this can be a really good thing. You get that little lift knowing that you're wearing something really pretty, and only you know what the item really cost!

Try some of these helpful tips and see how you really can make cheap clothes and accessories look expensive. But most of all, have fun accessorizing and creating new looks. 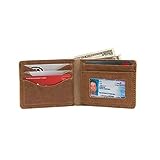