How to dress like the guys in Reservoir Dogs

I am DB Cooper
more

The basics of the "tough guy" suit

If you have a few friends and you're stuck on Halloween ideas, perhaps the easiest costume for adult men to pull off and still look stylish is the guys from Reservoir Dogs. The best part of this costume is that it's not really a costume. While everyone else looks like a clown, you get to look kind of classy while at the same time participating in the festivities and not giving the appearance that you're "too good" to have a little fun on Halloween or at a costume party.

One thing that I really need to stress about this costume idea: you can't do it alone. If you're one of the guys from Reservoir Dogs, you're really just a guy in a black suit. If you're 4 guys from Reservoir Dogs, people will start to get it. A few people who aren't movie geeks might think you're the Blues Brothers, but you can use a little intimidation -- or small talk about the proper etiquette for tipping, to straighten those folks out.

The basics of this look are the following:

Finding the right Reservoir Dogs suit is relatively simple. It must be black, and it should be pretty basic. That means 2 or maybe 3 button jacket, and no pinstripes. It should fit well, but it doesn't need to be tailored. That's right, this will probably be the only time I tell anyone they don't need to have a suit tailored. Why? Well, remember that the guys in Reservoir Dogs were basically a group of criminals who wanted to look classy so they could enter a jewelers (to rob it) without looking suspicious. They weren't rich guys who would spend $1,000 or more on a tailored suit. They probably would have bought them at the local department store. In fact, Tarantino bought the actual wardrobes from second-hand shops.

For the tie, you once again want to buy black. It should be skinny. When shopping for it online, just search for "skinny black tie" and you'll probably find what you're looking for. You may find some that are the same width the entire length of the tie. As long as they have a point and aren't squared off at the end, they'll do just fine. 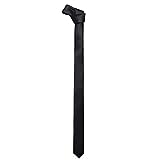 For sunglasses, you're going to want to look for black Ray Bans. They can be Wayfarers, but they shouldn't ALL be Wayfarers. Mr. Orange (Tim Roth) wore Clubmasters. Also, nothing too modern. No wire frames, such as the Aviators or Caravans.

This one you should already own. It's just a simple white dress shirt. Make sure it's clean and very white. No off-whites here. Wear a white undershirt under your dress shirt (that should be common knowledge by now).

One of you gets to be Mr. Blonde, and Mr. Blonde wears a holster harness for his gun. It should be black. A novelty squirt gun will add a comedic element to your costume and make it less people run screaming from the room as you enter.

Shoes are simple, and once again something every man should already own. Black dress shoes. Polish them up before you leave your house.

Other things to consider: toothpicks. They're seen at several points in the movie. It wouldn't hurt to have some on you. They sell some that taste like cinnamon. I like cinnamon, I'd recommend buying those.

Chris Penn plays Nice Guy Eddie Cabot in the movie. If one of your more rotund friends is secure with his looks, encourage him to be Nice Guy Eddie. The costume consists of a bright track suit over a white shirt. Throw in some tacky gold jewelry (don't go overboard) for effect. This is a great solution for a larger friend because, frankly, all the guys in Reservoir Dogs who participated in the jewel heist were thin. If you put a large guy in a Reservoir Dog black suit, people will think he's John Belushi in Blues Brothers. That's just the way the world is.