Do You Hate Your Scars? A Personal View

The older we get the more likely we are to have scars or scar tissue. There can be many causes of scarring, from an accident to having surgery. Sometimes the scar is only small and can be covered up with makeup or it may fade to such an extent that it can no longer be seen.

But what about the scars that cover a large part of your body? Do you feel disgust when you look at them? Or are you just grateful that you are still alive and kicking so the scarring just does not matter?

We all have different views about scars. Especially if the person is very young. There are so many factors to take into consideration.

Will I get a boyfriend? What will he think when he sees my body. Will he be disgusted?

The fact is your whole life can be decided on how you see your scars, and what you think others will say or do.

As a young teen I was completely obsessed with my large scar. As a baby, two days old, I was rushed to Great Ormond Street Hospital London, the childrens hospital. I was born without part of my trachea, or throat region. The doctors had to cut me all the way around my upper body to reach the hole and fuse it together.

As I grew up and started to develop, the scar started to stretch and pulled me slightly out of shape. Now you can imagine how I felt. I was a teenage girl just hitting puberty and having to get changed at school after swimming and gym.

As you can imagine the bullying started pretty quickly. I was a shy little thing so this just made it worse. I was called freak, ugly and so on. What made it worse was the fact that all the girls were taunting me with 'You will never get a boyfriend all boys will think you are disgusting and disfigured'.

That totally broke my confidence. I hated my scar. I wouldn't get changed in front of them anymore. When I dressed at home, I looked the other way and felt dirty and horrible.

And yes this did effect me when I left school and started to date. I wouldn't let any guys go too far in case they wanted to see my body. If we did get intimate I would keep the light off, or cover my top half up. To me, the scar made me look odd and not like all the other girls.

Of course there are creams that you can buy that will stop scar itching, and sometimes make the scars lighter and less rigid.

I recommend that you use them if you feel discomfort from the scar. Purely for medical reasons.

Vitamin E is one of the best as it helps to repair skin tissue. The creams below are also great for skin healing.

Never use too much at each application. You don't want to irritate your skin further. 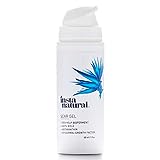 I eventually married a guy who I knew had no friends, was pretty spooky himself and was just pleased to get a girlfriend. I know, stupid, but at that time I really and truly believed that he was the only one I was worthy of.

It took me a long time to realise that my scar really wasn't that bad. But by that time I was 33 years old and suddenly my body scar wasn't the most important thing in the world. Why? Because I had a kidney operation. And believe me, that scar was ten times bigger.

But by this time something had changed. I had grown up. Mentally and physically. First of all after having a few more boyfriends, I noticed one thing. The most important thing in fact.

Guys do not notice your scars! They are so into what they are doing with you at the time that the actual scar tissue goes straight over their heads. In fact one guy who I was intimate with said afterwards. 'Thought you had a scar? you have been telling me about it for weeks, where is it?'

When I showed him both scars, he said 'Na that's nothing, why even tell me? I thought you meant all over your body, and to be honest I wouldn't have taken any notice of it'.

And that's my point. If a guy or girl actually loves you or even likes you enough, they won't take any notice, and more to the point, they won't care. Why should they? It's you they love. And that means all of you.

Scar tissue is something that makes you safe. It's a way for your body to heal so that you can carry on with your life. Simple as that. Its not something to be ashamed of. It took me long enough to figure this out, but it was mainly after my kidney op that I realised this.

I was alive. I would carry on as I always have. My life was safer now that my upside down kidney had been removed, turned back up the right way and put back in. My scar was my medal of bravery and life. The more scars you have the stronger you are. Simple as that.

Just remember. The scar is not the problem. Its your mind that causes the trouble. If you stand back and tell yourself that your life is ruined because of your scars then it will be.

You need to realise that the only person worried about them is you. Nobody else will be. So, Do I Hate My Scars?

No, I love them. Because they are part of me.

My True Story Of Being Born With An Upside Down Kidney. 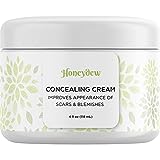 How Do You Feel About Your Scars?