In researching and obtaining photos of the Kylemore Abbey Cross, Philip Katz of Camrose and Kross, the creator of the replica jewelry best known as Jackie's Jewerly shared this photo of a cross from the Jacqueline Bouvier Kennedy jewelry collection.

When I asked Mr. Katz if custom jewelry was rather rare for Jackie to design, the response was not what I expect: "Jackie had made drawings in a few locations and had jewelry made to match those drawings. She is not the first member of her family to do so, her Grandmother had done the same (also with a cross and necklace) taken from a painting of a woman (unknown to us) in a European museum (also unknown to us) and had jewelry created. Jackie's sister Lee has also done the same."

Jacqueline Kennedy Onassis: The making of a Legend

I know it is confusing so I thought I would try to rephrase it for you.Two complete generations back on the Kennedy-side of the family tree this beautiful gold pendant originated from - the original designer was Mary Fitzgerald.

Mary Fitzgerald is JFK's grand mother, her daughter Rose would marry Joe Kennedy and their son is the man who Jackie married - John Fitzgerald Kennedy.

Summary of the Fitzgerald - Kennedy marriages:

Subsequently, Mr. Katz emailed the photo of the cross which we see tot the right and here is the backstory of this custom designed cross necklace relayed to me via email while Mr. Katz was traveling in Hong Kong:

"Further to my other email here is the story and photos of another known family piece that was created from drawings. This one was from JFK's side (his Grand Mother - from the Fitzgerald side). Given to Jackie, and part of her vast collection of jewelry. This story is similar to what happened in Jackie's side of the family, and may have been a more common occurrence with people traveling to Europe at that time. We did not have any museums of quality at that time, and therefore the first major art seen by Americans of wealth and education were on trips to Europe.

On October 7, 1914 Rose Elizabeth Fitzgerald, the daughter of Boston’s Mayor, John Francis ‘Honey Fitz’ Fitzgerald married Joseph Patrick Kennedy, a childhood friend. Both the fathers’ of Rose and Joseph were at one time political enemies, but eventually became allies after a political fight against a third candidate. Once they became friends both families would have Sunday dinners together and spend summer vacations and weekends in each others company. The two young children became close friends, but unknown to Rose, Joseph P. Kennedy had already made up his mind to marry Rose when they grew up. Rose, on the other hand only saw Joseph as a good friend, as she had already intended to enter the church as a nun. Joseph knew this, but was intent on changing her mind, and he did.

The Paisley Diamond Necklace was not necessarily designed as a cross, but a design that the powerful Mrs. Kennedy had made by a local jeweler in 1897. The design was a copy of a piece of jewelry Mary Fitzgerald had seen on a painting in a European Museum of a past member of royalty, and it had always impressed her. How accurate a copy of the piece of jewelry Mary Fitzgerald had made for herself is unknown, as information on the actual painting she saw while on her European tour is lost to history.

The necklace was given to Jackie by Rose on Jackie’s first birthday as First Lady, certainly a momentous occasion in the Fitzgerald family, and worthy of an important and spectacular gift."

It was also stated that Caroline Kennedy when she was a little girl living in the White House wore a cross every day.

President John F. Kennedy protested this piece of jewelry with his stated concern for separation of church and state.

In Jackie's strength and wisdom, she countered with the fact that they - the first lady and the President of the United States must adhere to this rule but their daughter was not a public official and therefore should be allowed to wear a cross.

Philip Katz went on to share with the QVC viewers that Caroline continues to wear a cross daily even today - decades after living in the White House.

“Even though people may be well known,

they hold in their hearts the emotions of a simple person

for the moments that are the most

important of those we know on earth:

Custom jewelry is a Kennedy and a Fitzgerald and a Bouvier tradition. It is interesting to note that Jackie was not the first in the family to design her own jewelry.

I find it fascinating that Jackie also married into a family who had a history of designing their own jewelry - dating back two full generations no less!

Traveling Europe and retaining special memories from those travels is not just about the financial privilege of being able to so; it is also about the appreciation these family members had for history and fine art and fine jewelry.

Art and jewelry appreciation is a special talent, a talent that extends into a personal philosophy of appreciation of all things beautiful - nature, history, art, jewelry and beyond.

Art and jewelry were items that commemorated great moments in Jackie's life.

The pieces of jewelry extend far beyond the value of the precious gems, as the stories retold showcase - the pieces of jewelry are a piece of the family, representative of the love of art and of family and remembering and celebrating great milestones in their lives. 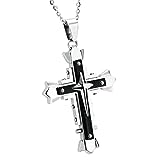 The author has no affiliation of any kind with any of the companies or governmental entities listed within this article. Additionally, she does not receive financial or service remuneration.