When it comes to floral tattoos, no other Eastern flower compares to the popularity of the famous lotus tattoo. The lotus has been symbolized in a variety of different ways throughout history. The lotus is very common in Eastern cultures. Like the rose is in America, the lotus is a popular flower choice in Asia, Egypt, India, and other Eastern countries. In fact, the popularity of the lotus compares to that of the rose. The rose tattoo and lotus tattoo actually share symbolic values and both have similar meanings. The lotus is also symbolic to the Chinese and Japanese.

In flower symbolism, the lotus represents "a new beginning" and "estranged love". The lotus flower has been mentioned in Bible and other religious text. It has also been portrayed in mythology and legends. Some people even say that the lotus is the flower of God. Religious tattoos sometime contain the lotus in designs, but it is rare. Many people follow the symbolic meaning of a new beginning. These people believe that the lotus symbolizes rebirth. Many of us want a new start or a new beginning. Some of us enjoy new starts. The lotus tattoo can symbolize that very thought.

When it comes to the lotus tattoo, there are a variety of colors and designs that you can choose from. The lotus is often portrayed with water in tattoos. The lotus flower spreads seeds when the bloom opens. You may notice these tattoos because there is some in the article. They look like smoke coming from the flower. It actually portrays seeds being released when the bloom opens.

There are many different meanings when it comes to the symbolic lotus flower. Below are some of the meanings.

Although there are many different meanings for the lotus flower, there's also meanings for each color of the lotus. Here they are.

The lotus tattoo can be placed in a variety of different location on the body. You can find them on the back neck, back shoulders, lower back, sides and hips, arms, ankles, and legs. They come in a variety of different sizes and colors. Most lotus tattoo designs are very distinct and well designed. These tattoos capture the true beauty of the lotus tattoo. The lotus is also a symbol for "transformation". The lotus is born as a very small flower at the bottom of ponds, rises, and then it blooms into a beautiful flower.

Although there is a large variety of people that get the lotus tattoo for symbolic purposes, others just choose the design because it offers variety and beauty. Some people that have Eastern beliefs may choose this design to portray their heritage or association. None the less, the lotus is a very popular tattoo design among women and ranks right at the top with the rose tattoo. 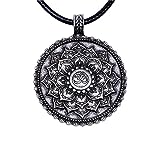