Nothing is so sexy as a man in nice underwear

But once in a while I ask myself if a man can judge himself in his underwear. Men seem to get more and more vain, but does this have its influence in choice of underwear? Besides the fact that some men like to wear socks when they are in their underwear, I started to question this while I looked around on the internet and in my surroundings (and before you say anything, I like Ananta in his underwear even though I like him more without).

I don't know how it is in the United States, but in our little country most of the men walk around in ball pinchers. Hopefully this is going to change very soon, because the greater part of women like to see men in tight boxers (like the Bjorn Borg models). Only a quarter of women prefer a man in briefs.

Times have changed for the male underwear.

Not only time changed of course but also the man himself. Some buy their own underwear now. It can make a difference, but it doesn't need to be an advantage, because when a man returns home with Long Johns, it can be quite a disappointment for the woman. The time that men's underwear looked like a diving suite is over fortunately. Now a days there is a lot to choose from between all kinds of different styles and sizes. Yes gentlemen, sizes.

The eye of a partner wants to be treated too.

But eeeuw, some men really don't know sexy. Some even manage to wear worn out underwear( with holes from scratching their butt or the front parts). Believe me men, if there was a man in front of me with holes in the fabric so I can see his butt, I start to wonder about his personal hygiene. I know an itch can happen, but this much itching? Or maybe you're that kind of man who says to feel cold all the time( yeah, you might need an excuse for the size of it) and you always wear North pole underwear or Thermopants as they are called also?

So many kinds, so much choice.

Choice depending on comfort, body mass, taste. One likes sperm killing underwear, as tight as possible, or ball pinchers. Others may like eatable underwear to save some walks to the washing machine.

When is a man wearing too tight underwear?

* his noble parts are hanging under his armpits.

* his voice is a few octaves higher than usual.

*his boxer short looks like a string on him.

When is a man wearing underwear that just doesn’t fit him?

* first off all. When it's just too tight( see above)

* When certain body parts are hanging outside instead of being hidden by the underwear.

* when the wife starts wondering why her lingerie has lose fittings because he was trying it on the night before and watched himself in the mirror.

When is a man wearing underwear which doesn’t become him?

*his partner starts screaming or laughing her ass off while she's leaving the room.

* his partner starts to wonder if it is Christmas already.

What are the don’ts for a man concerning underwear?

*don't ask your mother in law to buy it

* don't wear it any longer than it is hygienically safe

* keep it on while your partner is full of lust

Men, don't go by your own judgment only. Ask a woman to judge if you are wearing the right stuff. I'm willing to help you of course. Just mail your picture to me*grin* 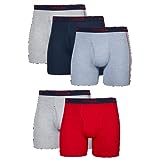