Describing the Number of Each Type of Tooth

Example in the Case of Man’s Dental Formula

Let’s look at an example in the case of man’s dental formula. We start by defining the four letters used in the formula.

For an adult man with 32 teeth, the formula is written as:

The Two Molars in Children

2.    Milk teeth or temporary teeth are whiter in colour

3.    Milk teeth or temporary teeth have greater constriction of their necks

4.    Milk teeth or temporary teeth have roots of their molars widely spaced

Now let’s now look at the picture above, which shows the teeth in the mouth of a man, together with the dental formula of a man which is:

We have therefore seen that in an adult man, there are thirty-two permanent teeth, sixteen in the upper jaw and another sixteen in the lower jaw. The teeth are also arranged in symmetrical sets of eight teeth on each side.

Biting Part of Each Tooth is Called Crown

The biting part of each tooth is called crown. The crown is covered by enamel. Every tooth has a neck which is surrounded by the gum. Every tooth has one or more roots called fangs fitting into sockets in the jawbone.

In children, we have teeth called milk teeth or temporary dentition. In children there are only twenty teeth, ten in each jaw and five in each segment. They are

2. Milk teeth or temporary teeth are whiter in colour

3. Milk teeth or temporary teeth have greater constriction of their necks

4. Milk teeth or temporary teeth have roots of their molars widely spaced

In children, the lower central incisors come first between the sixth and ninth month after birth. Then, after two to four months, the central and lateral upper incisors come. They are then followed by the lower lateral incisors, then followed closely by the first milk molars. After another short rest comes the canines, the eruption of which is a slow process. By the end of the second year the first and second molars have appeared, and the milk dentition is complete.

The determining cause of eruption of the teeth is the growth of the roots and blood-pressure. When the milk teeth are shed, what is shed is a mere shell of the crown, all the root having been absorbed by the direct pressure of the succeeding tooth.

2. By the seventh year after the birth of a child, the central milk incisors fall out and their place is taken by the permanent central incisors.

4. By the nineth year after the birth of a child, the first premolar takes the place of the first temporary molar.

5. By the tenth year after the birth of a child, the second premolar takes the place of that of the second temporary molar.

6. By the eleventh year after the birth of a child, the canine come out.

7. By the twelveth year after the birth of a child, the second molar comes down behind the first. It is therefore known as the twelve-year-old tooth.

Observations by dentists and scientist suggests that man is gradually undergoing a suppression of his last molar teeth and this will lead to the distant future man having a different dental formula from our own.

The hubber's website is designed to help beginners and average readers make money online to supplement the few dollars they may be earning from their online trading – details of which you can find in my profile here, if you will. 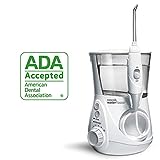