I recently discovered while having discussions with men that you guys have no idea what women are talking about when we discuss clothes. If you think tights and leggings are the same thing, you are wrong! If you didn't even realize something called "tights" existed, then you are really in trouble. As a woman, I would like to help clear up some of the confusion you guys might be experiencing.

While breaking down some women's fashion terms, I was shocked to realize one hub could not possibly cover the entire topic. I guess we gals really are just that complicated! I've decided this is a series that someone needs to tackle, and it looks like that someone is me. Please join me for this edition: women's pants!

You can probably tell by some of my other hubs that I believe leggings are the most confusing pants of all time. Not only are men completely confused by them, some women are apparently just as confused. Let me break it down for you.

Tights - Leggings are actually thicker than tights and usually do not have feet attached to them.

Regular pants - Leggings are actually thinner and extremely tight compared to other thicker pants, such as jeans or dress pants. They are intended to be worn with long shirts, skirts, tunic, or dress. Leggings are especially flattering when you'd like to wear a short dress or skirt but it might be inappropriate if something is not worn under it.

It is easy to understand why all of this is so confusing to men. It is confusing for women. I've seen many women wearing leggings as if they are regular pants. While this seems more socially acceptable now, leggings are still very thin, stretchy pants. The intention was always to wear them in a flattering way with a long shirt or dress. It does not help when websites and ads often confuse the terms leggings, jeggings, and yoga pants, too. 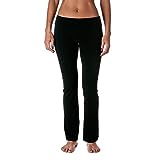 Most men seem to be fans of yoga pants. I think this is because, as previously mentioned, women usually feel more comfortable wearing shorter shirts, tank tops, sports bra, and other minimal top options with yoga pants. They are generally thicker than leggings. Also, many yoga pants flare out at the bottom of the legs, so they do not feel as revealing as leggings.

Of course, to further confuse dudes, I've noticed a trend for yoga pants recently. Now some yoga pants can be tight all the way down the legs just like leggings. The material is usually thicker than leggings, which is what makes them yoga pants instead of just leggings.

On a side note, as if all of this information is not already overwhelming, some yoga pants feature what is called a "fold over" and some do not. This means there is sometimes some extra fabric at the waist of the pants that can be folded down. This is often a different color than the rest of the pants, usually with a cute pattern. I am not sure why this exists; I think it just makes them more fashionable and actually serves no real purpose.

As if all of this is not confusing enough, let me break something else to you: yoga pants are often not even worn for yoga! I usually just see women wearing shorts at yoga classes. I am sure there are some gals wearing yoga pants for yoga, but 9 times out of 10, when you see a lady wearing yoga pants, it is simply because they are comfortable. Sure, maybe she just came from the gym or for a jog, but don't just assume that. We ladies want you guys to think we are constantly working out. I personally enjoy eating, napping, and shopping while I wear yoga pants. Notice how "yoga" did not even appear in that list of activities?

Tights are not even pants, but I thought I would throw them in here since tights tend to confuse men. Tights are not pants. Every now and then, I see a gal wearing some tights at the mall and not even bothering to wear a skirt or dress with them. Let me tell you, guys, stay away from that girl! She is so forgetful, she did not even bother to get fully dressed. Tights are not, nor have they ever been pants. This is what throws you dudes off. You see that girl and think that is normal. It is not!

Tights are basically panty hose, but they are really thick. They typically are footed, but there are footless tights. Some women choose to wear footless tights under a dress and it looks similar to leggings, but don't let that bewilder you. Footless tights are thinner than leggings and will still never be pants. Tights are very stylish right now because many of them have fun patterns and colors. They also tend to stay in place better than panty hose, which is super awesome.

Basically, capris are not as long as regular pants, but they are longer than shorts. They can be made with a number of different materials, such as denim, cotton, etc. Yes, leggings can be capri length. Yes, so can jeans. To make matters even more complex, cropped pants are also like capri pants. In some instances, the terms are used to describe the same type of pants. However, some fashion ads describe cropped pants as being a little longer than capris. As I write this hub, I realize why men are so confused about women's fashion. There are just so many options, it is confusing for everyone. 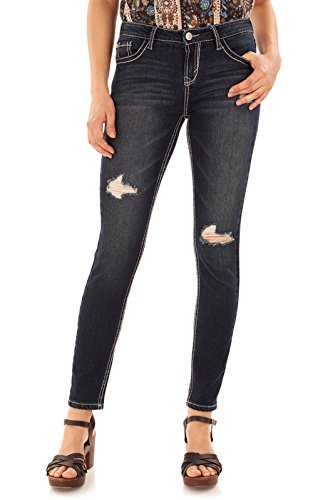 The best way I can describe skinny jeans is they are a cross between jeans and jeggings. They are super tight jeans. Basically, they are made mostly of denim, but with enough spandex to make them stretchy. They often have a zipper, buttons, and pockets just as any other pair of jeans would have. However, they are skin tight like jeggings.

Due to their extreme tightness, some people actually find them not as "classy" as regular jeans, as if jeans were ever that classy anyway. Schools have banned them along with jeggings, leggings, and yoga pants. I personally feel skinny jeans are getting a bad reputation they don't deserve since they are considerably thicker than leggings, but I suppose tight is tight no matter what to some people. On a side note, skinny jeans look amazing with boots, which is why many women opt to wear them instead of classic jeans.

If you get confused when you see a woman wearing what you think are skinny jeans, but they turn out to be jeggings, or vice versa, that is OK. From a distance, it is hard to tell the two apart. Unless you are the person actually wearing skinny jeans, sometimes no one can figure it out.

Instead of going over some basics I believe we all understand, like jeans, khakis, and dress pants, I will just make an assumption you guys have that covered. I will say sometimes looks can be deceiving in the dress pants department now, too. My new favorite type of dress pants are actually very deceptive. They have snaps, buttons, and the look of dress pants; however, all of that is actually fake and they have a stretchy waist band like yoga pants. Ah, the hours of joy that bring me at the office!

I guess we women do have some confusing fashions. Sometimes it is hard for us to keep up, too. If you are a dude reading this, I hope I was able to clear up some things for you. Chances are, I've only confused you more, and I am sorry for that. When in doubt, perhaps you can review this hub and at least get some information from it. Good luck to you!

More Hubs You Can Check Out: