The moon is one of the most symbolic designs in the world and is associated with many things. The moon has associations with the earth, the stars, the sun, the Zodiac, animals, ancient mythology, and a handful of different ancient cultures. In both Western and Eastern astrology, the moon symbolizes "motherhood". Anyone that is a mother can represent that fact with a moon tattoo. The moon can also be used to symbolize your children as well. In fact, the moon is associated to children. Some people believe that the moon represents the inner child in all of us, young and old, past and present.

Since the moon symbolizes motherhood, it is also believed that the moon represents a mother's nature and instincts. To the mother, the moon symbolizes her "caring nature" and "love toward her loved ones". Anyone that is a mother can relate to these feelings and emotions. The moon tattoo is said to represent feminine emotions and feelings.

As you may already know, without the moon, life wouldn't be possible and Earth would be floating off in space somewhere. Scientist believe that a planet crashed into earth billions of years ago. Due to the impact of the galactic collision, the moon was created. The moon actually controls the way earth spins on its axis. Without it, the earth's spin would increase and it would actually drift off in space. The moon also controls the tides of the ocean. This meaning is referenced back to feelings and emotions. 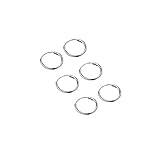 The moon tattoo is commonly associated with the Native Americans and animals. There is a large variety of different animals that are often associated with moon tattoos. Wolves, coyotes, moths, crabs, jaguars, panthers, owls, bats, cats, and leopards are just to name a few. In moon tattoos, the wolf is the most common animal designed in moon tattoos. The Native Americans kept track of each cycle of the moon. They would represent each cycle with a name, which is one cycle per month. Here are those names and months.

There are a lot of different moon tattoo meanings and meanings associated with the moon. Below are a few meanings of the moon tattoo.