Unflattering Hairstyles of the Last 50 Years

What Were We Thinking?

What were we thinking all those years? Every decade has its own styles, and a lot of them were great, but some were just plain weird. As a matter of fact, in my opinion (for whatever it's worth) the more heinous and weird they were, the more cool we thought they were. I am sure when my grandkids grow up (they are getting there quickly) they will look back on my photo's and wonder if I had been missing my faculties all my life.

My comments are strictly on fashion trends and in no way reflects on the individuals themselves. I would have to include myself if I did.

Without a doubt, the Afro from the late 60's and early 70's was just plain weird. Why would someone want to have hair that was 3 or 4 feet out in circumference? You could plunge a telephone down into it never find it again.

History of the Afro Hairstyle

When I see dreadlocks I think Neandrathal. Why? Because it looks like they've never washed or combed there hair. It looks matted. Gross man. Bob Marely introduced dreadlocks into modern culture. I'm not impressed, but to each his own.

Came out in the 80's I think and there are still many out there today. They are usually found in the punk rock scene. I hate it when parents cut their children's hair this way. If they don't feel like spending an hour or more spiking their hair, it just sits flopped over on their head.

Emo cuts are strange. Now they are using every color of the rainbow. I am no longer opposed to bright colors within reason, but the emo cuts I can do without.

How many of you had home cut bangs like this from your mother back in the 50's. Bless their hearts, our Mama's meant well. They were being thrifty by doing it themselves. My own mother never cut my sister's bangs like this. One sister didn't wear bangs for a long time, and the other had medium straight bangs. I still take this personally.

I hated, and still do, everything about 80's style hair and music. In regards to hair, women always had big and curly. Stevie Nicks, Grace Slick, Madonna, Cindi Lauper and many others teased, blow dried, curled and permed. What were they thinking? I got my own crazy idea back then to perm my hair. As you can see in the photo to the right, I looked like I had stuck my tongue in a light socket. So very glad the 80's have come and gone.

I've always wondered why country and gospel performers, and some evangelists from not so long ago, always had big hair. Check out any video with the Gaither's, or turn on TBN and watch Jan Crouch or Tammy Faye Baker, and often with gobs of make-up too. Even the men had big hair.

All this being said, I am a huge fan of the Gaither's and company, and Dolly too. Gifted vocalists and songwriters and with big hearts for Jesus. I won't comment on Crouch or Baker except the word "overkill."

The following hairstyles I find unbecoming.

Mug-shot Fonda: Fonda is beautiful and is as good as they come as an actress, but I always thought this 'do was yucky. Joan Jett had a similar 'do for a while.

Beehive: Remember the Beehives from the 60's? A little too high for my taste. It must have taken forever to rig those up.

Aging Hippie: I live in a rural community and we have a lot of these types. Funny thing is, they are usually such nice people. I think it's more of the beards I dislike. If you're not going to keep your beard short and trimmed, don't kiss me.

Redneck 'Do: The styles vary of course, but this one particularly annoys me.

The Dreaded Comb-over: The Donald is rich enough to get a good toupee. But he's settled for this. Come on Donnie.

A rearrangement of surrounding hair to cover a bald spot as completely as possible. Usually accomplished by flattening strands of hair in widely-spaced parallel stripes across the afflicted region. Rarely successful, often calls attention to the follically-challenged zone in question.

I'd luv to kiss ya, but I just washed my hair.
Bette Davis

My concern today is not with the length of a person's hair but with his conduct.
Richard M. Nixon

It is foolish to tear one's hair in grief, as though sorrow would be made less by baldness.
Marcus Tullius Cicero

I'm undaunted in my quest to amuse myself by constantly changing my hair.
Hillary Clinton

Every president, if you watch what they look like when they come into office, you can see their hair turn white because it's such a hard job.
Hillary Clinton

It's not the hair on your head that matters. It's the kind of hair you have inside. Garry Shandling 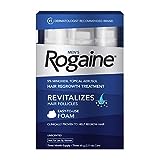 Women Washing Their Hair ~ A Poem by Carl Sandburg

The rain has been good to women.
If the rain should forget,
if the rain left off for a year—
the heads of women would wither,
the copper, the dusk and chestnuts, go.

They have painted and sung
the women washing their hair—
reckon the sun and rain in, too.