How are fragrances different from each other? Like wine, the enviable ritual of the decoding of fragrance jargon is a bit mysterious and considered by many, to be an imperfect science. In the day when many become starry eyed by looking at fancy bottles and big labels, let's find out the differences between Perfume, Eau De Toilette, Eau De Cologne and Designer Fragrances and tips on how to wear each of the fragrance. Know this before buying your next fragrance. Sniff and tell, messieurs and Mademoiselles.

This heavenly fragrance variant is a 15% to 30% concentration of perfume essence and is the strongest fragrance available amongst its counterparts. Also called perfume extract, extrait or parfum in French, perfume is a combination of aroma compounds, fixatives, essential oils and solvents. The trick of knowing how to select a good perfume lies in understanding its notes and the way it is released from the start to the end of the day. Perfumes are known to be traditionally expensive because of the intensity of oils and ingredients they bear.

The correct method of applying perfume is to directly spray it on the pulse points of the body, in order to make it last for an average period of 6 to 8 hours. What is truly romantic about perfumes is the jargon used to review or describe them. They are described in metaphors to musical notes – top, base and middle. 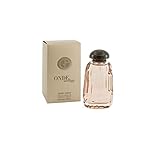 What is Eau de Toilette?

If you've been thinking that Eau de Toilette's are simply cheaper and lesser intense versions of their parent perfume variants, you're absolutely right. A 4% to 8% concentration of the essence makes EDTs suited to everyday use, light, lesser complex and more delicate. Using Eau de Toilette is also a great way of getting familiar with a scent, its floral notes and its likeability.

Here's a cool tip if you want to make your EDT last longer than 2 to 4 hours. Use the parent Eau de Parfum of the same family in the morning and follow it up with its Eau de Toilette in the evening. This way, you'll not only manage your budgets, but also your fragrance. And this is exactly the reason why most perfumes come with a small free bottle of their Eau de Toilettes. 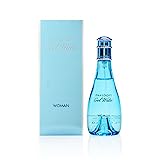 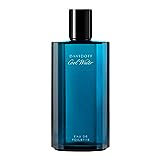 What is Eau de Cologne?

Almost everyone associates Eau de Cologne with men's fragrance. But that' completely untrue. It's perfect for the ladies too, if they're looking for a fresh, light, inexpensive fragrance to wear outdoors for a short duration. With 3% to 5% concentration of perfume essence, you can expect cologne to last for up to 2 hours. The reason why colognes are usually sold in large block like bottles is because they need to be dabbed on the skin directly in large quantities as they evaporate quickly.

Perfect to get the zingy, tangy whiff in hot and humid climates, cologne droplets can also be used to add fragrance to kerchiefs, linens, closets and pillows. The freshness factor is potent in colognes because of the presence of heavy citrus notes in its traditional original recipe. Lo and behold, if you run out of water at any point, you can also use cologne to freshen hands because it has anti bacterial properties!

What is a Designer Fragrance?

Designer fragrances are expensive fragrances that bear the name of a celebrity or fragrances that are custom made according to the choice of the patron. Often used as a marketing tool, many celebrities release fragrances bearing their names to push sales, promote their films of encourage the collection of a certain fashion designer.

Celebrities often claim that their designer fragrances are made according to their favorite floral notes. Now it is a separate debate whether it is the actual critical choice of the notes of a fragrance or it is the celebrity's face that sells. But if you are looking to buy one, read the top, base and middle notes and get an idea of what to expect. Popular celebrity fragrances include that of Kim Kardashian, Paris Hilton, Elizabeth Taylor, Beyonce, Derek Jeter and Sarah Jessica Parker.

How are all these fragrances different from each other?

You must know that the rules and definitions of each perfume house are different. The aroma concoction that one perfumery describes as intense, may be extremely light for the other. It's highly relative. Here's a summary.

The difference between all perfume variants is essentially the difference in concentration levels of perfume oils in the water, solvents and alcohol. The higher the concentration, the longer lasting and more expensive the fragrance will be. All you need to remember is that when someone talks about and eau de parfum or cologne, all they're talking about is ratios of levels of concentration.

How long a scent stays on your body will depend completely on the concentration and the way you've applied it. While cologne can be dabbed directly on the skin and will last for 2 hours, Eau de Parfum can be sprayed on clothes and hair and can last for about 5 hours. Perfumes and Eau de Toilettes can be sprayed directly on the skin on pulse points and can last for 8 hours and 4 hours respectively. Many fragrance enthusiasts say that applying perfume after dabbing a lotion from the same family can make the fragrance last for much longer.

Expectedly, the price of a fragrance depends heavily on the concentration levels too. There is a reason why college students tend to pick up Body mists and the wealthier would like to opt for a matured perfume like Chanel No. 5. The price factor is also heavily influenced by celebrity backing. Not to forget, the make of the bottle also plays a critical role in the pricing of a fragrance.

Men and women like to use expensive perfumes only on special occasions, whereas Eau de Toilettes, Eau de Parfums and Eau de Colognes are treated as scents to be worn at the workplace on a daily basis. On the other hand, body mists and sprays are used by younger age groups as inexpensive everyday fragrances. The variety of artificial flavors available in body mists are not expected to be found in a higher range of perfumes.

A few things to know before you buy a fragrance

Check out this quick guide on the things that you should note while buying fragrances, especially expensive designer fragrances that will cost you a bomb. 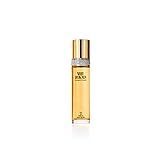 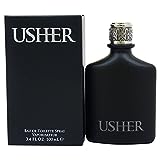