Significance of Gold in Indian Culture

Importance of Gold in Indian Culture and Religions

Many people think that Indians are gold crazy. Though this statement cannot be completely denied the truth is that Gold always had a special significance in all ages. One may recall that Gold was one of the three gifts given by the three wise men on the birth of Jesus according to the Holy Bible. There is also mention of the golden calf for idol worship and a statement that Abraham was rich in gold. It may also be noted that the Hindu God Brahma is referred to as Hiranyagarbha which means born of gold as he is born from the cosmic egg of gold. In Hindu mythology, some of the gods and goddesses are described as golden hued with reference to their beauty.

The importance of gold can be understood in the saying all glitters are not gold. It also can be noted from the way events or achievements are named like golden anniversaries, golden jubilee, gold medals, gold credit card etc. In India people buy gold anytime and not only during special occasions like weddings, festivals or special events. Gold is also offered to Indian deities. The Indian Hindu calendar even has auspicious days to buy gold like Dhanteras and Dassera. Gold is also bought on festivals like Onam, Pongal and Durga Puja. 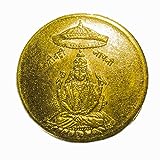 Though gold has several applications or uses, the main reasons why Indians take to gold are

1) Gold is considered an equivalent for liquid cash: Gold is highly liquid and portable as a Security or Asset. It can be converted to cash anytime when an emergency arises and is considered a friend in need.

2) Gold is considered as Status Symbol: Especially in India gold symbolizes wealth. In Indian weddings the gold the bride brings in show her family's status and wealth and forms part of the dowry given to bride. It is believed that a bride wearing 24k gold on their wedding to bring luck and happiness throughout the married life.

3) Gold is a very good investment: Gold is an asset which has consistently increased in value and thereby considered as a safe and secure investment. Gold is considered an effective diversifier which helps to reduce portfolio risk.

4) Gold is considered as a good gift item: It's precious and worthy across all cultures and times. The gold jewelry is given as gifts during weddings, festivals and other special occasions.

5) Gold has great religious significance: Gold is the symbol of the Hindu Goddess Lakshmi and considered highly auspicious. Gold is brought or presented on festivals like Dhanteras and Akshaya Tritiya. Toe rings are never made of gold as it represents the goddess of wealth and should not be soiled by touching a human's feet.

6) Great Ornamental Value: Who can resist gold Ornaments? Women of every age and time have always loved wearing gold ornaments. Moreover, Gold Ornaments are never out of fashion. It also may be remembered that Wedding rings are also traditionally made of gold to mark a long lasting relationship.

7) Great value as Heirloom: Gold jewelry is something which can be passed down from one generation to the other as ancestral property.

Isn’t this why people say Gold is forever?

Gold Prices in India for the last 86 years