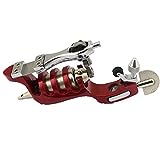 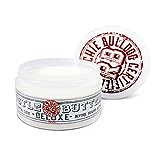 The skeleton tattoo can also symbolize a life and death experience. It can be a symbol of survival over death. Due to this association, some men and women may include personal symbols and elements. You may find some type of skeleton tattoo design on someone that has had a near death experience also. For such tattoos, you may think about including symbols and elements that are personal to you, ones that are meaningful to you. Anyone in the military may consider such a tattoo.

Don't rush to get inked! Men and women that rush to get inked usually have regrets about their tattoo later on down the road. Don't make this same mistake. Make sure you do your research and make sure you get what you want. Remember, tattoos are meant to last a lifetime. You don't want to go through the process of laser removal and cover ups.

Make sure that you also research your tattoo artist. You want to go to a tattoo artist that you trust and know. Make sure you take the time to research them and their work. If they are legit, they won't mind showing you their prior work, art, or stencils. You can also read online reviews. If you want a tattoo, you want it to be done right the first time around.

If you feel that the skeleton tattoo is not for you or you want to view more tattoo designs, please feel free to follow the links listed below. If you have any questions, be sure to leave us a comment and we will do our best to answer them. As always, thank you for your time.