TO CUT OR NOT TO CUT

Do you want to look more sexy and feminine or do you want to tell the world you are a strong, stylish, and independent woman- or may be all of the above? French writer, Honoré de Balzac, said in one of his novels Honorine "there is not a thing a woman cannot say with her hair".
Whether you feel the need to make a fashion or social statement, consider the evolution of hairstyles through the last century, and see what women have been saying with their hair.

Women always expressed their desire for emancipation, style and power through their hairstyles and wardrobes. The early part of the century, marked by the first wave of the feminist movement in the 1920s, was a unique period in the history of hairstyles highlighted by women with very short hair, bold new fashions, and a carefree attitude. These women, also known as "flappers" rebelled against society's strict expectations of females. Flappers liked to be "in the now styles and fads", and their public behavior was often considered inappropriate or too "out there". Short bobs, finger-wave-styled-hair, the end of corsets and other confining garments, certainly made a strong statement at a time when women claimed their right to vote and demanded the end of sexist oppression. Legendary Fashion Designer Coco Chanel was instrumental to this movement by introducing the suit for women. Her designs were revolutionary for the time, borrowing elements of men's wear and emphasizing comfort over the constraints of then-popular fashions. The now famous bob was introduced in the 1920s and has remained in fashion since. One of the most famously worn hairstyles of the 1920s was by Actress Louise Brooks and Coco Chanel. Both women were icons of the daring flappers of that time.

If you want to make a bold move in your life, consider any of these short bobs and see how it is worn these days. These hairstyles still convey power, style, originality, and eccentricity.

1920s Hairstyles Then and Now

In the 1930s, hairstyles were longer than the previous decade and actress Jean Harlow introduced the platinum blonde trend. Later with the beginning of the war, most men were drafted to Europe and women had to clock in as factory or land workers, cutting their hair shorter and wearing turbans. Other more creative women used the restraints of the war to make their hair as beautiful as possible and do with their hair what their wardrobe could not. As a result, 1940s hairstyles were complex and beautifully shaped. Certainly, the most recognizable 1940s hairstyle was the Victory Roll, also called the Side Reverse Roll. Another recognizable look of the 1940s was made famous by actresses Veronica Lake and Rita Hayworth. Both wore glamorous long hair with volume created with finger waves or pin curls. Following this era, the 1950s brought hairstyles that were very glamorous, sophisticated, and sleek. The women portrayed on television in the 1950s wore pearls as they vacuumed and had the time to be well-coiffed housewives. Some of the most famous icons of the 1950s were Marilyn Monroe, Elizabeth Taylor, Jane Mansfield, and Audrey Hepburn, to name just a few. Many of these gorgeous and involved hairstyles can be seen on the red carpet these days. Take a look at how Christina Aguilera or Janelle Mone incorporated some of these elements into their styles. The 1940s and 1950s are definitely the epitome of feminine elegance.

1960s The Years of Revolution

The sixties were the age of youth, as 70 million children from the post-war baby boom became teenagers and young adults. The hairstyles of the 1960s reflect a cultural shift from the optimistic, prosperous post WWII era to the activism spurred in protest of the Vietnam War. The movement, away from the conservative fifties, continued and eventually resulted in revolutionary ways of thinking and real change in the cultural fabric of American life. This shift was reflected in many ways with the second wave of the feminist movement, the hippie and civil rights movements, the rejection of traditional values, and the birth of the most revolutionary and popular music genre of all times: Rock & Roll. Women wore over-sized hairstyles with flips, bouffant, and beehives. These hairstyles were recently re-introduced by British artist Amy Winehouse and recently worn by Adele, Beyoncé, Jennifer Lopez, and many more. There are many ways that you can apply 1960s hairstyling techniques. A simple over sized up-do can definitely be worn in any event or even at work while looking very elegant. For the ladies with shoulder-length bobs, just flipping your hair outward can be a nice change from your regular styling routine. And if you need to change your hair for a fun night out, a bit of hair teasing and a lot of hairspray will do the trick.

1960s Hairstyles Then and Now

By the late 1960s and early 1970s, much of hippie style had been integrated into mainstream American society. Mustaches, beards and longer hair became commonplace and colorful, multi-ethnic clothing dominated the fashion world. Women wore long hair usually straight and parted in the middle. The 70's were also marked by the arrival of a danceable music genre: disco. Its initial audience included club-goers, LGBT, and psychedelic communities in New York City and Philadelphia. By the mid 1970s, Disco had gone mainstream. Celebrity Farah Fawcett made her signature hairstyle famous around the world in television show Charlie's Angels. This new style changed the way women wore their hair because it was a soft hairstyle. In the world of fashion, famous couturier Yves Saint Laurent created "Le Smoking," a tuxedo suit for women and the first of its kind to earn attention in the fashion world and in popular culture. It pioneered long, minimalist, androgynous styles for women, as well as the use of power suit, and the pantsuit in modern-day society. Emulating 1970s hairstyle is easy and requires very little maintenance. This style is still widely used on the runway these days.

1970s Hairstyles Then and Now

Conversely to the soft hairstyles of the 1970s, the influence of the 1980s Punk movement- a rebellious form of expressing rejection of the political and economic system born in the 1970s in England- gave birth to asymmetric and eccentric haircuts. Some of these haircuts like the inverted bob have been widely seen on Victoria Beckham and Rihanna to name a few.

Vintage hairstyles are some of the sexiest hairstyles you can create. They have inspired hairdressers, stylists, celebrities, and brides alike. Women of all ages can look sexier and feel more glamorous in beautiful retro hairstyles. You might not wear these styles exactly like they were worn back then, but you can incorporate some of the styling elements into your current hairstyle like finger waves around the face, or bangs to cover a large forehead or upcoming wrinkles. As you can see through the years, hairstyles have been strongly influenced by the political and social climate of a particular era. Women have always used their hair to express themselves and make a statement. Before you cut your hair, think about what you need to say. If you’re interviewing for an executive position, power and style might be what you need to convey. Whatever the case may be, remember; YOUR HAIR ALWAYS DOES THE TALKING. 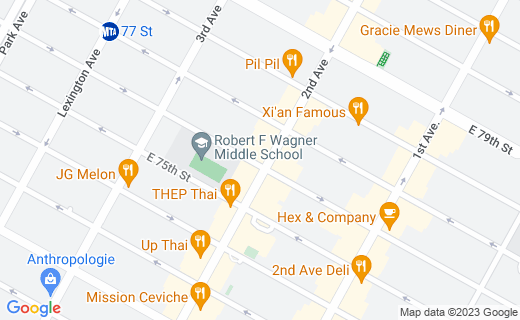