After writing over two dozen hubs on tattoo ideas that showcased pictures as the majority of the content, I started noticing that a large portion of the comments were from people asking for ideas on what to say, not so much on how to say it. Like Lindsay, for example, who commented on the hub Tattoo Ideas: Words & Phrases and said: "I want some sort of latin script with a phrase having to do with karma." Or Jesso, who said: "I have a colourful fish on my left lower back, but next I want a script.. .. just what I don't know... something positive to remind me every day is mine, I am in control of my destiny."

The tricky thing about quote tattoos is that nine times out of ten they can't be too long. Unless you have a huge expanse of skin that you plan on dedicating to the tat, like a forearm or your entire back, you're going to need to pick a quote that's short enough to fit in a small area. A few years ago my girlfriend wanted to get something I had written tattooed on her in my handwriting. The quote she wanted was twenty-one words long, and she wanted it somewhere on her inner forearms. As she is already fairly heavily tattooed, there was no criteria such as having to get it on a place that could be easily hidden if need be. She's lucky. She ended up getting it running lengthwise down her arm next to the word GIRL that was already there. Most people don't have the same flexibility as her. Maybe your job is too professional for tattoos and piercings, or you don't want your mother to see it. If that's the case, then a quote tattoo can be challenging to find space for. And if you think you're going to fit an entire poem (unless it's a haiku) on your wrist by shrinking down the letters to a size 5 font, you're mistaken. Good tattoo artists will only let you make the lettering so small, because they know that tattoos blend, fade and bleed over time. The smaller the font, the better the chance that you'll be left with a meaningless blob ten years down the road. So although there are millions of wonderful quotes about the beauty of love, I've tried to only assemble the ones that are on the shorter side, while still being meaningful.

I went back through all 2,000+ comments on my previous hubs and tried to identify the most common themes people requested when asking for help with quote ideas. In addition to being a voracious reader, I've been compiling quotes in notebooks and journals since I was thirteen. This hub is fifth in a series of hubs broken down by category.. Please, if you have any ideas or would like to share a favorite quote of yours, feel free to comment! The examples I've chosen for this particular hub may not resonate with everyone. You might read it and get nothing out of it. But my hope is that something will resonate with someone, somewhere, and the words written here will inspire you to take a step you may not have taken otherwise. 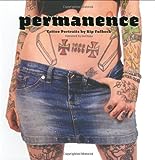 The Tattoo Encyclopedia: A Guide to Choosing Your Tattoo
Buy Now