Can a face cream change you from this…

Miracle Anti-aging creams – how miraculous are they really?

You’ve probably seen the adverts on Facebook and elsewhere proclaiming miracle results from face creams. They usually feature a woman in her fifties who used to look about seventy and now looks thirty or twenty or exactly like Jennifer Aniston. (Or maybe that is Jennifer Aniston?)

Anyway this woman, all three hundred or so of her, is roundly hated by scientists because she has found the secret to age prevention and it cost $3.99 or £2.49 or €2.99. (Or some other made-up figure.) And just in case you are the only person in the world who hasn’t seen these ads, the scientists are annoyed because they are busy concocting potions and lotions that cost about fifty times as much as the ones this woman uses.

I clicked on the ad once, to see what all the fuss was about. Then I looked up the ingredients in the lotions. Apparently it takes two different lotions to get the years rolling off and only this woman (all 300 or so of her) managed to figure out which two lotions work best.

Okay, I’ll be more accurate: I tried to look up the ingredients of these miracle creams. But hunting in every corner of the Internet (does it have corners?) has not brought up a list of ingredients. It did lead me to a few articles from other people who had also gone looking for an ingredients list, and also failed to find it. I did discover that Matrixyl, the ingredient the companies aren’t so coy about, has been scientifically tested and does have properties that reduce wrinkles and seems to have few side effects. So there is some truth in the claims.

While researching one of the creams, I came across a forum that is supposedly dedicated to it, and includes a link that claims to take you to a list of ingredients. What the link took me to was a warning that the site I was about to enter contains malware. I quickly left.

Does Free Trial mean what it says?

I also found an article that explained how the “free trial” of this incredibly cheap miracle cream works. Now you know what incredibly means don’t you? My dictionary suggests words like: unbelievably, implausibly, and so on. And it turns out that at least one of the free trials comes with a lot of strings attached.

It goes something like this: you click to order a free trial, with the understanding that you will be paying a minimal amount for further supplies of the cream. (I made up the amounts earlier, and have also seen it listed as £6, but the amount seems to vary from ad to ad.) Whatever the advertised amount is doesn’t much matter, because if you do order these products you will be entering into a contract and will be paying a lot more. Some people have been charged figures of $170 - $200.

The manufacturers of the creams and oils in this article are less coy about sharing their ingredients lists. I can’t promise that if you currently look as though you are in your seventies you will look like a thirty year old in a couple of weeks of using them, but I can tell you that all have natural protection against free radicals.

My favorite of them, Rio Rosa Mosqueta Oil, has been scientifically tested and found to heal scar tissue and to help with burn scars or with skin damage after radiotherapy. Research also shows that in many cases (over 90%) it reduces wrinkles, lines and age spots. It is very good for acne scars, but should not be used on active acne.

Rosa Mosqueta oil has high levels of the essential fatty acids Omega 3 and 6. It contains more GLA (Gamma Linoleic Acid) than Evening Primrose or Starflower oil. This helps to reduce inflammation and so can help conditions such as rosacea.

It also contains trans-retinoic acid, which is a natural source of vitamin A. Trans-retinoic is thought to be the main reason rosa mosqueta oil has such good anti-aging effects. Its properties are similar to the pharmaceutical skin treatment Tretinoin, although in a much milder form. (Tretinoin can only be used under medical supervision because of side-effects.)

Don’t expect Rosa Mosqueta oil to make you look young overnight. To get the best from it you need to use it daily for several months. Researchers found that scars significantly improved after 3 months and premature age spots caused by too much sun exposure disappeared after 4 months of applying rosa mosqueta oil.

In all cases the oil was lightly massaged into the skin, rather than just smoothed on.

I am often told that I look young for my age, but that has been the case since I was in my teens, so I cannot claim that Rio Rosa Mosqueta Oil is entirely responsible!

However, I used to get frequent flare-ups of eczema and haven’t had one in years – I hadn’t even realized this until I began writing this article! My sister used to get an allergic eczema reaction around her eyes and I bought her some Rio Rosa Mosqueta Oil. The eczema cleared up.

Recently I also started using the oil on an operation scar that is over 14 years old. The appearance of the scar doesn’t bother me, but it has always felt uncomfortable. I’ve only been using the oil on it for a few days, but already it feels some better.

Other varieties of Rosehip Oil

Rio Rosa Mosqueta Oil comes from Chile where native women have used it for centuries. Rosa mosqueta simply means rosehip, so if you can’t get rosa mosqueta you could try any rosehip oil. One high quality brand of rosehip oil is Trilogy. I have used this occasionally, but can more easily obtain Rio Rosa. (Both Rio Rosa Mosqueta Oil and Trilogy are available on Amazon and I have included links.)

How to use Rosa Mosqueta (or rosehip) Oil

Massage 1- 2 drops of the oil into scars or onto any areas of the face with fine lines, wrinkles or age spots. You can also use it for age spots in other areas. Because you only need 1 – 2 drops at a time, a 20 ml bottle will last for 6 months or more.

It is best to use the oil two or three times a day. An easy way is to use it morning and night as part of your daily routine.

It is important to thoroughly massage the oil into your skin, otherwise you could get stains on delicate clothing, especially if you use the oil on your neck.

Other ways to benefit from Rosa Mosqueta or rose hip oil.

Many companies produce moisturizers that contain a small amount of rosa mosqueta or rosehip oil. Both Trilogy and Rio Trading Company make moisturizers that contain rosehip oil. These are unlikely to have such a strong effect as using the oil on its own. You could use the oil for wrinkles and lines and then use the cream elsewhere. For instance, using the cream on your neck means you avoid the risk of staining clothing.

Another option is to buy capsules and take the oil internally. 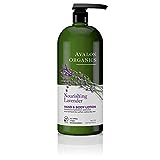 When should you NOT use Rosa Mosqueta Oil

Do not use this oil on:

If you have oily skin, then moisturizers with sandalwood, tea tree or lavender oils are good options. You may find a lighter lotion more suitable than a cream. One example of an organic moisturizer that would be suitable for oily skin is Avalon Organics Lavender Moisturizer Plus SPF 18.

Comparisons of oils and lotions

Have you tried tried any of the products listed here?