US Marines were sent to several different battles during the early 1800s. The First Barbary War and the War of 1812 was two of the major operations during this span. In 1834, President Jackson tried to combine the Marines with the Army. Instead, the Marines were named to be a sister of the Navy. In the 1840s-1850s, the Marines were in constant use, performing task in Mexico, Panama, and Asia. By the turn of the 19th century, the Marines once again faced an unknown future with the technological advancements of the Navy.

The USMC played a vital role in World War I and II. Marine techniques and strategy gave us a vital edge in both wars, both coming from the experience of Marine veterans. World War II, Vietnam, and the Korean War were very fierce battles. 87,000 Marines lost their life in World War II and 13,091 in Vietnam. When it comes to bravery and courage, every Marine has these qualities. Marines are the most versatile military unit of the United States. Marines have the ability to fight in the air, sea, and on land. God Bless all men and women that have served and currently serve. We are thankful for your service, one that dates back to 1775. You risk it all to protect us all back home and I speak for all of us when I say "thank you for your service." God's speed Marines, Ooh-rah!

USMC tattoo designs can portray a variety of different symbols and elements. USMC tattoos are the type of tattoo that gives you goose bumps, one that makes you proud to be an American. These are some of the most inspirational and meaningful tattoos that exist. USMC tattoos may be chosen by those who serve, their loved ones and friends, or anyone that respects what the Marines represent.

Make sure that you take the time to view all the USMC tattoo designs in this article. This is going to give you a general idea of what to expect when you're browsing through United States Marine Corps tattoo designs. Also, you can get ideas and inspiration for your own. A lot depends on if you're wearing the USMC tattoo as a Marine, loved one of a Marine, a departed Marine, or out of respect for the service of the Marine Corp.

From the Halls of Montezuma,
To the shores of Tripoli;
We fight our country's battles
In the air, on land, and sea;
First to fight for right and freedom
And to keep our honor clean:
We are proud to claim the title
Of United States Marine.

Our flag's unfurled to every breeze
From dawn to setting sun;
We have fought in every clime and place
Where we could take a gun;
In the snow of far-off Northern lands
And in sunny tropic scenes;
You will find us always on the job
The United States Marines.

Here's health to you and to our Corps
Which we are proud to serve;
In many a strife we've fought for life
And never lost our nerve;
If the Army and the Navy
Ever look on Heaven's scenes;
They will find the streets are guarded
By The United States Marines 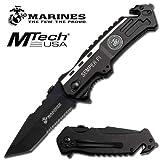 My rifle and myself know that what counts in this war is not the rounds we fire, the noise of our burst, nor the smoke we make. We know that it is the hits that count. We will hit...

My rifle is human, even as I, because it is my life. Thus, I will learn it as a brother. I will learn its weaknesses, its strength, its parts, its accessories, its sights and its barrel. I will ever guard it against the ravages of weather and damage as I will ever guard my legs, my arms, my eyes and my heart against damage. I will keep my rifle clean and ready. We will become part of each other. We will...

Before God, I swear this creed. My rifle and myself are the defenders of my country. We are the masters of our enemy. We are the saviors of my life.

So be it, until victory is America's and there is no enemy, but peace!

USMC tattoos are different from other tattoos because of what they represent. You've learned what your tattoo represents and stands for. Keep in mind, make sure you go to a tattoo artist that you trust. Ask to see their prior work, if their legit, they'll show their sketches proudly. There's several tattoo artist from around the country that specialize in military tattoos, you may wish to seek one out.

Don't rush to get inked! Take your time and browse through dozens of USMC tattoo designs until you're sure that you have found the one that you won't mind wearing the rest of your life. We're proud to publish this article on USMC tattoos for all Marines, here and gone. God Bless you all and thank you for all your service.