Viking tattoos can be designed in a variety of different ways. Viking tattoos can also hold symbolic value to the wearer. Viking designs come in several variations, styles, designs, colors, and sizes. The Viking is a fun tattoo symbol to work with. Most Viking tattoo designs are done in solid black ink, but with great detail. Most Viking designs portray a head shot of the Viking, others portray Viking symbols, ships, and other associated elements. 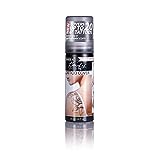 Vikings were known to where tattoos, so it's not unusual to see Viking tattoo designs portraying Vikings with tattoos. In order to do so, you'll need a full bodied Viking. You can add different elements to your Viking, such as a horned helmet, clothing, boots, weapons, and anything else you would wish to add.

Norse mythology has a variety of symbols that may be referred to as Viking symbols. Norse tattoo designs may portray popular symbols from Norse mythology. Hrunger`s Heart is one Norse symbol that may be used. This Norse symbol was believed to be on old Norse stone carvings called The Valknut which is also called "Hrungnir's Heart," for the giant Hrungnir of the Eddas and is best known as the Valknut, or "knot of the slain." This Norse symbol represents rebirth and reincarnation.

As you now know, Viking tattoo designs are designed with many symbols and elements. There's several Viking tattoo pictures to view. Each Viking design has different symbols and characteristics that makes it stand out. Taking the time to view each design can also help give you ideas for your own Viking tattoo. 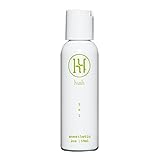 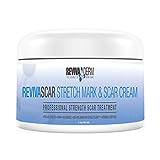 Viking tattoo meanings can differ from one design to the next. Meanings of the Viking tattoo depends on what symbols are being portrayed. Remember though, in the end, your Viking skin art represents what you want it too. Below, you'll find the meanings of Viking tattoos.

Before Your Viking Tattoo

Before you get your Viking tattoo, there's a few things you should consider. Just as you are now, take the time to research your tattoo. Make sure that you completely understand what your tattoo represents and stands for. You don't want to get inked and find out later that it represents something different.

Make sure you view dozens of Viking tattoo designs. The more, the better. You want to look through hundreds if possible, don't choose the first one you see. Remember, you're planning on wearing this for life, so take your time and get it right the first time around.

Viking tattoo designs hold symbolic value as a tattoo and some Viking designs are great, especially when done correctly. Even so, their not for everyone. If the Viking tattoo isn't for you, be sure to follow the links below to view more tattoos. We appreciate your time and visit. If you have any questions, suggestions, or concerns, please let us know below. We want to continue providing you with great service and tattoo information. Can you make our tattoo pager better? Tell us how, let us know below. Thanks for all your support and be sure to view all our tattoo articles. Thanks again! 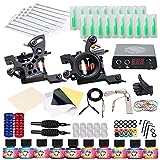