Vine tattoos can be designed in a variety of different ways. Vine tattoo designs are a great choice alone or incorporated in prior tattoos. When it comes to tattoo symbols that hold deep symbolic meanings, the vine tattoo ranks among the best. Vine tattoos hold deep symbolic value and vines have held this for centuries. Vines and ivy designs have been used in a multitude of different cultures throughout the world. Vine tattoos are popular for a number of reasons, from symbolic values to the overall beauty of the vine. In this article, you will learn all the associations connected to vines, view pictures of vine tattoo designs, and hopefully get a few ideas for your vine design.

Popular vine tattoo designs are highly sought because the vine is the type of symbol that can be inked with nearly anything. Another reason that the vine tattoo is so popular is because they can be designed in a variety of different ways, shapes, colors, and styles. Vines are very flexible and just as they wrap around the tree, they can be inked to wrap around the body. They can be used as lower back vine tattoo designs or they can be used to decorate a lower back tattoo. Vine designs can wrap around the legs, wrist, arms, neck, or ankles. Vines can also be used in an artistic way, decorating previous tattoos and new symbols. Tattoos of vines can be inked alone or it can be placed with other symbols and elements. In total, tattoo artist and the wearer have plenty to consider.

Just as it has been done for centuries, vine tattoos can be used to decorate the body. In ancient cultures and even today, vines and ivy are used for decorative purposes. One popular way that women use the vine design is with flowers. Women's vine tattoo designs can portray butterflies, ladybugs, dragonflies, or roses depicted with vines. They will choose some type of flower vine tattoo design that portrays a host of colorful flowers that can hold symbolic meaning, such as a grapevine design or a vine of roses.

Vines were considered to be very symbolic to a host of different ancient cultures and civilizations. When we look at the grapevine, we find that it is closely associated to Christianity. Such vines were used to form crowns and wreathes for decorating the body. Vines were also commonly used in ancient Christian art. To early Christians, the vine represents strength, power, and good luck.

Ivy is another popular choice of vine tattoos that hold deep symbolic value. Ivy was also used to create crowns and wreaths. The Romans and Greeks would wear ivy when they were holding special occasions and celebrations. Ivy represents friendship and love, which is one reason it is often wore in weddings. As most of you already know, this practice is still used today. Ivy tattoos can also represent femininity and fertility. 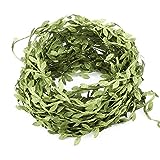 Vine tattoo meanings can symbolize both positive and negative attributes. When we look at the vine tattoo, we find out there are many different meanings. Some meanings depend on what flower is associated to the vine, but overall, they can represent any of the meanings listed below. Tattoos of vines have a rich symbolic history, dating back thousands of years. Here are the meanings of the vine tattoo.

Vine tattoos are done in a variety of different designs, but there are two designs that are used the most. One example of vine tattoo variation is with a single vine. The vine can have ivy, but it has no flowers. Men and women choose this design to wrap around the arms or legs. Some may even choose to have a vine tattoo from head to toe. Another example of vine tattoo designs is the flower vine tattoo. These are very colorful and they can have a variety of different flowers on them. As you read earlier, vine tattoos can also be used to decorate other tattoo symbols. There are plenty of uses for the vine tattoo, which adds to the designs popularity.