Wellington Boots or Wellies: So Very English and a godsend in Winter

Wellies are swell. Does this mean that they are Swellington Boots?

I recently read a Hub by Habee, about waterproof boots in the States. I had just been thinking about writing a Hub about Wellington Boots. Initially I was deterred but then I thought, what the hey, HubPages is big enough for more than one pair of boots or should I say Wellies.

In fact there are probably lots of Hubs about these boots, so let's see if I can include some new information for the reader.

The Duke of Wellington 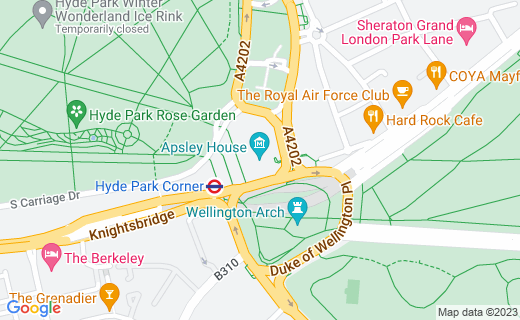 British modern day Wellies are based on a more traditional boot that was worn by the Duke of Wellington Arthur Wellesley.

Arthur Wellesley was the 1st Duke of Wellington. If you visit London check out Apsley House at No 1 London.

Apsley House is on the south-east corner of Hyde Park and was once known as No. I London.This was because It was the first building past the tollgate into the capital, for travellers..

The Duke of Wellington was also known as the Iron Duke having a distinguished military career and he was twice elected to be Prime Minster of England.

It was all down to the Duke of Wellington that these boots were ever manufactured. Based on a rougher, earlier version the early Wellies were made in a softer leather and were more shaped and fitted.

By the mid 1900s Goodyear became involved with Wellington Boots and most became rubberized. This meant that they were perfect for keeping out the rain.

The two World wars of the 20th Century led to an increased production of these boots. Their waterproof capabilities were their biggest selling point. However they were also cheap by then, as they were made from rubber.

As a child in fifties Britain I remember children from poor families would wear Wellies come hell or high water, rain or shine, frost or heatwave. These poor kids would get teased at school and more but if you only have one item of footwear the option is to go barefoot.

The Wellies of my childhood were either black or green, had thin linings, rarely keeping your feet warm. However they did keep your feet dry in bad weather and prevented falls on ice and snow.

These days Wellies come in a multitude of styles and colours, with a wide price range. They are suitable for all age groups.

Such is the choice that, these days, you can own a statement pair of wellies.

The current spell of bad weather in the UK has seen the world and his wife trudging around in Wellington Boots. Me? Yes me too!

My Wellies are deep purple with pink and red flowers. They remind me of those hippy days of the sixties.

Retailers did a roaring trade in wellies during the U.Ks last bad winter and all of this has reminded me of Billy Connolly's Welly Boot Song:-

If it was na for your Wellies where would you be?

You'd be in the hospital or infirmary,

Coz you would have a dose of the flu or even pleurisy,

If ya did na have your feet in your Wellies.

Coz they keep out the watter, and they keep in the smell,

And when you walk inta a room you can also tell

when some bugger takes of his Wellies. 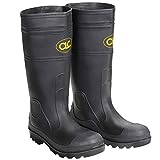