How to treat inflamed gums

More than half of all people have ever experienced inflamed gums.

When your gums are inflamed it hurts and it looks dark red instead of pink. Furthermore, inflamed gums are often thick and swollen. When you are brushing your teeth, inflamed gums bleed easily. Basically it is not a serious condition, although it is very annoying.

Most people get inflamed gums because they do not clean their mouths sufficient. They do to little brushing and flossing, for instance.

What would you like to know about inflamed gums?

• The gums look dark red instead of its normal colour.

• The gums are thick and swollen.

• While brushing your teeth, you will notice that the gum bloods easily. 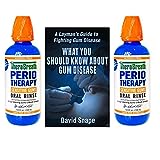 • Plaque. You get plaque when your tooth are not polished well. Plaque is a kind of invisible layer filled with bacteria. These bacteria can cause gum disease.

• Medications. Some medications have a bad effect on the gums. There are drugs, which cause additional burden of the gums. It often happens to gums that were already weak and could be easily infected. Other drugs help you create less saliva. However, saliva is good to kill bacteria. The risk of gum disease increases!

• Pregnancy. When you're pregnant your gums are more sensitive to hormones. The gums become inflamed more easily.

• A shortage of vitamins. Especially vitamin C is very important to keep your gums strong.

• Thrush in the mouth. Thrush is an infection that can be recognized by white patches on for example the tongue. If you have thrush, the gum is also weaker, causing you to get inflamed gums easy.

• Smoking. If you smoke, the immune system in your mouth weakens, so you can easily get inflamed gums.

How to prevent gum disease

How to treat inflamed gums

Inflamed gums is basically a simple and harmless disease. Everyone has ever suffered from inflamed gums. The easiest way to prevent gum disease is by brushing and flossing your teeth properly. You should not only clean your teeth, but also your gums.

When your gums become inflamed, they need additional cleaning. This is very painful to your inflamed gums but the dirt must come out.