Luxury and abundance go hand in hand but when it comes to the following brands so does quality and respect. This is my list of ten respected luxury brands that I covet, although I might not be able to afford them I can adore from afar.

The following ten brands are more than just a brand or a name. They are respected world-wide because of the quality, workmanship and the designing teams behind them.

The main reason anyone purchases any of these brands is simply indulgence and there is nothing wrong with enjoying a little luxury or in some cases "big" luxury.

Many of these designers started off on the runway with clothing as their main forte but have since expanded into other lines, some logical and some surprising.

Chanel and Her World
Buy Now

This French fashion house was founded by Coco Chanel (CC logo) in 1925 and has been the epitome of haute couture and luxury brands ever since. Coco was the catalyst for revolutionizing women's clothing (especially suits) and fragrance. The current lead designer is Karl Lagerfeld.

Coco Chanel broke many barriers within fashion and business. In a male dominated world she made her own agenda and people followed. Learn more about Coco Chanel through these mini documentary films, interviews and clips.

What Have You Paid for a Handbag?

This fashion icon was founded by Italian designer Guccio Gucci (where the GG logo comes from) in 1921 and is probably one of the most recognizable luxury brands in the world. Gucci products are available in over 400 stores worldwide as well as on the Internet. Gucci's current Creative Director is Frida Giannini.

More than Fashion, More than Controversy 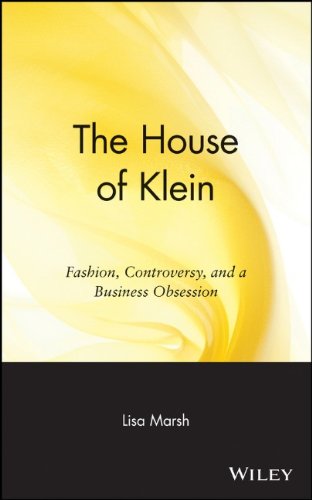 The House of Klein: Fashion, Controversy, and a Business Obsession
Buy Now

This American fashion house began in 1968. It is well known for its provocative ads which I remember collecting as a teenager and to this day can tell a particular ad is a Klein. The current Creative Director is Francisco Costa.

This French luxury brand was started in 1854 making it one of the oldest fashion house in the world. It will be celebrating 154 years. Initially their focus was handmade luggage but expanded into the purses women would kill for today. Once of the reasons of it huge popularity is its dedicated celebrity endorsements.

Other product lines include jewelry, sunglasses, watches, briefcases and wallets. The Louis Vuitton website is one of the few luxury sites featuring an environmental message.

A Force to Be Reckoned With

This legendary fashion designer entered the fashion scene in 1947. He reintroduced a sense of femininity back into women's fashion.

Fashion as an Art - From Inspiration to Luxury

The Art and Craft of Gianni Versace
Buy Now

This Italian design company was started by Gianna Versace in 1978. It is currently being run by his sister Donatella.

The fashion house for formed in 1975 and continues to provide some of the most elite fashions for men and women.

This American fashion designer grew up in the Bronx, New York and went on to become one of the most influential designers in men's clothing.

This Italian fashion house was created by the Prada brothers in 1938. It was taken over by a granddaughter in 1978 and she helped the company evolve from a leather goods to what it is today... one of the most recognized brands in fashion and Hollywood.

The line-up includes clothing, accessories, footwear, frangrance and of course the most coveted handbags!

Prada is heavily featured in the new rendering of the film, The Great Gatsby.

His Life and Times - A Brilliant Timeline

Before establishing his own line he was put in charge of rescuing the Dior house in the late 50s... at the age of 22. An immediate sign of genius. In the early 60s he started his own line.