Want some skin art, but not forever?

Take a look at what's available in

These aren't the smeared and blurry Cracker Jack stick-ons from your childhood! Get professional quality and real-looking temporary skin art.

Fake tattoos used to be really cheesy designs rendered in unrealistic colors that went on with a hit-or-miss quality and then sort of looked crappy even if you'd done everything right. But not anymore. Today's temporary tattoos are used in television and movies where they have to look like the real deal, and sometimes they look so real they are used to apply fake wounds and skin effects too.

A temporary tattoo is a great way to have a little fun on a special day or for a holiday event, to show team or school spirit, or even to take the idea of a real tattoo for a test drive. 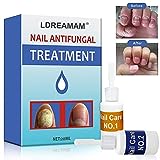 How Real-looking Can a Fake Tattoo Get?

The Tattoos of PRISON BREAK Set The New Standard

This is as "real-looking" as a fake tattoo can get. The full torso and sleeves created for actor Wentworth Miller, who plays Michael Scofield in the hit television show PRISON BREAK, have really raised the bar on fake tattoos.

Designed by tattooist Tom Berg and translated into makeup by makeup artist and theatrical tattoo specialist Christian Tinsley, this full upper body design is created by applying a series of decals and then touching up the effect with makeup to make the various panels appear seamless.

It's been reported that the entire tattoo shirt can take between four and five hours to apply if multiple artists are working on the process. Made from extremely thin plastic-like material, the appliques can then last over a week with care.

See this amazing temporary tattoo in action on

Are you ready to really try a temporary? Because now you can do some what looks like a major tattoo but in a temporary form. These extra large body tattoos aren't just some little rose, or school mascot, they look like full-on backpieces.

What's Your Take On Temps?

How do you feel about temporary tattoos?

The ReBirth of the Modern Movie Tattoo

Most of the movie tattoos you can see done during the 60s, 70s and 80s are very simple and fairly dark in color. Even the work worn by Robert DeNiro in the remake of "Cape Fear" is somewhat cartoony. Most folks who wear quotes on their skin make them large enough to read, but not large enough for a camera to read, a fact that lends a very obvious fake air to the villain's skin art.

Tribal-style tattoos tend to be very popular in movies, as they are big, bold and one color, such as the dragon tattoos on Matthew McConaughey in "Regin of Fire" and a big tribal sleeve on George Clooney in "From Dusk Till Dawn."

Q: Can you tell me what a crystal tattoo is?

A: Since tattooing specifically refers to ink inserted into the skin layers, this isn't really a "tattoo." What is called a "crystal tattoo" should really be called a decal, for it is a stick-on design made up of rhinestones. Sometimes they are made up of individual adhesive-backed crystals and sometimes they are sparkly strips that peel up and apply in one piece.

What did you get a temporary tattoo for? And how easy or hard was it to apply? Did it last as long as you wanted? Get any unusual reactions while wearing it? Did people think it was real?

Tell Us About Your Temp Tattoo?