The Watch to Wear

Andy Warhol once said: “I don’t wear a Tank watch to tell the time. In fact, I never wind it. I wear a Tank watch, because it’s the watch to wear.” Celebrities such as Princess Diana and Jackie Onassis agreed with Andy Warhol – both were pictured wearing Cartier Tank watches. Jackie received hers as a gift from President Kennedy, who had it inscribed with the words: “To Jackie, love Jack.”

If he were alive now, Warhol would probably be anxious to buy Cartier’s new version of its iconic Tank watch, the Tank Anglaise, which the famous jewelry company launched last year at a lavish event in Shanghai. Many celebrities are wearing the Tank Anglaise on their wrists.

The Tank watch dates back to 1917. Legend has it that the design of the French Renault military tank inspired Louis Cartier, a member of the third generation of the family, to create the first Tank watch. This tank was developed during the First World War. Several elements of the watch resemble a tank. The angular design of the watch resembles the top of a tank, and the indentations on the metal bracelets are also similar to the parallel lines of the tread marks of a tank. Cartier gave the prototype of the watch to General Pershing, Commander-in-Chief of the American Expeditionary Forces in Europe, as a tribute for his excellent service in the First World War. The square, pure design of the watch was revolutionary for its time, because the feminine curves of the Art Nouveau movement were still fashionable.

Franco Cologni, the author of Cartier: The Tank Watch, thinks that the story of the watch being inspired by a tank is fiction. He told Laura Jacobs in an article in Vanity Fair on October 2, 2009, that: “That’s a legend. The Tank followed the design of the Santos watch—it was an evolution of style. But Louis Cartier was not a stupid man. He was a salesman, a P.R. man … so he said it was copied from the tank.”

There have been many variations of the Tank watch, but they all share several features. These include Roman numerals, blued-steel sword shaped hands, and cabochon sapphires in winding crowns. The clean, spare design has been called “the epitome of elegance”, and many celebrities have proudly worn Tank watches, including Jackie Onassis, Ingrid Bergman, and Duke Ellington.

Versions of the Tank watch include the Tank Americaine and the Tank Francaise. The Tank Anglaise completes the trilogy. Pierre Rainero, the brand’s director of image, style and heritage, remarked at the launch of the watch in Shanghai that Cartier conceived the idea when the heads of staff were looking at Cartier watches designed after the Second World War, and they realized that there was no English Tank watch, although London is very important in Cartier’s history. London was one of the three cities in which Cartier established its shops – the others were Paris and New York. 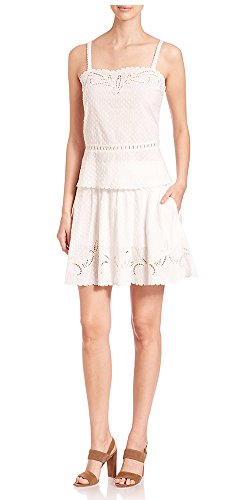 The Tank Anglaise is yet another evolution of the famous design, combining new elements with the best features of the Tank watch, such as the Roman numerals and the cabochon sapphire. The resemblance to a tank has been made even stronger in the design because the crown is integrated into the metal bars or brancards of the watch, so the parallel lines of the metal bracelets flow freely. The crown can be seen in profile, however, and it is designed to look like the wheel of a tank.

The Tank Anglaise watch is available in three case sizes for men, and three case sizes for women. These are all available in pink gold, yellow gold, and white gold. The large case model for men, measuring 36.2 mm x 47 mm with a depth of 9.82 mm, is apparently the most popular. Watch critics don’t regard this as too large, and many regard it as very comfortable to wear.

Movie-stars and luxury-lovers are sure to love their new Tank Anglaise watches.

Photo Below, Louis Cartier, Grandson of the founder, revolutionised timepieces when he introduced the Tank watch in 1917.