Finding just the right fragrance for me can be a little overwhelming. I don't want something that is such a heavy smell that it practically chokes you when you wear it. Neither do I like a perfume that is so strong you can smell it a mile away. Then there are those scents that remind me of moth balls, and it seems that some women think they smell like a bouquet of wild flowers when they wear them.

When I went perfume hunting years ago, I was very selective as to what I was looking for that would be suitable for daytime or evening wear. I found it in Estee Lauder's White Linen perfumes and cologne.

Copyrighted Material by Favored1. Do not copy. Photo credit byFavored1 or Amazon unless otherwise noted. This artwork is licensed under the Creative Commons Attribution-ShareAlike 3.0 License. When used: Animation by www.glitter-graphics.com, www.picgifts.com, www.photobucket.com and www.animateit.net

Who is Este Lauder?

Ester at a glance.

Estee was born Josephine Ester Mentzer on July 1st, 1906 in Corona Queens, New York. She was married to Joseph and the two co-founded the Estee Lauder Cosmetic Companies. Estee was a woman that made quite an impact on society and the financial world. In 1988 Time magazine listed Mrs. Lauder as one of the 20 most influential businesswomen of the 20th century.

Along her life's journey in business Ms. Lauder was awarded several distinquished awards such as the Presidential Medal of Freedom and the Junior Achievement U.S. Business Hall of Fame. She passed away on April 24, 2004 at the age of 97.

Estee Lauder with a customer in 1966 (Photo Wikipedia)

Have you ever used White Linen Perfumes? 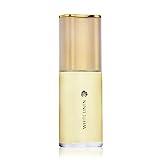 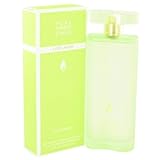 The Woman Behind the Makeup

Josephine Ester was one of nine children born to immigrants Rose Schotz Rosenthal a Hungarian Jewish woman, and Max Mentzer a young Jewish man from Czechoslovakia.

When the Mentzer's had little Josephine they wanted to name their child after Rose's mother Esty, but by the time the paperwork got to the county clerk's office they decided on the middle name Ester. As she grew up her father nicknamed Josephine, Esty. His accent made it sound like he was saying "Este", and so the name remained with her all through her life.

It was under the instruction and guidance of her uncle, Dr John Schotz, in his cosmetic company that young Josephine began experimenting with various creams and cosmetics. There she would learn the ropes and the in's and out's of skin care. After graduation Josephine began to name some of the products at her uncle's company, and began selling them to her friends.

and make-up as well as perfumes

Destiny of A Company

Josephine was in her early 20's when she met Joseph whom she would marry on January 30th, 1930. The Lauter name was changed to Lauder. The Lauder's would have two sons, Leonard and Ronald.

By 1948, the company had been operating for two years and Josephine started selling her products to beauty parlors, hotel chains and clubs. She proved to be a savvy businesswoman by convincing department store management at SAKS Fifth Avenue in NYC to give her a spot in their stores to sell her product. Her methods were so successful that whenever she would launch a new product, she still obtained counter space to get the product out to the public.

Another technique that Mrs. Lauder used was to give sample sizes of her products that would fit into the pocketbook.

The very first company perfume went on sale in 1953 known as Youth Dew. I wasn't around then, but I can remember wearing this bath oil/perfume type product. It may have began slowly with only selling about 50,000 bottles when it first went on the market, but 30 years later it was still going strong. By 1984 Youth Dew had made its way into one hundred and fifty MILLION homes!

You can surmise by these sales that the Lauder family had become billionaires among the cosmetic community, and the sales keep going strong in over 120 countries.

There are biographies stating that she was born in 1908,

Can you name all the 27 brands which Este Lauder created?

Here they are listed in alphabetical order. 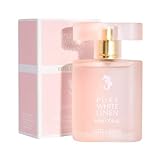 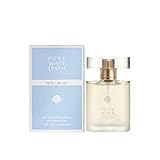 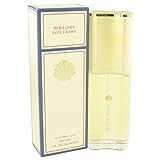 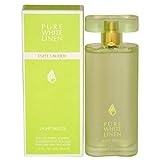 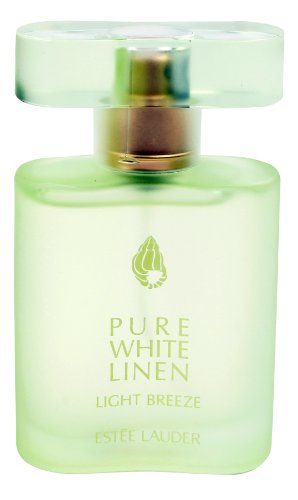 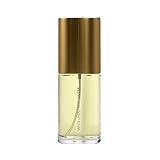 Do you use other Estee Lauder products?

Sneak Peak into the Future of EL

Then in 2011 the Aramis division of Este Lauder signed a worldwide exclusive contract with Tory Burch fragrances.

Hot off the Press

The first products of Tory Burch & Lauder will be introduced in 2013!

Collectively the eighteen Este Lauder make-up companies have raised over $11 million dollars between,1993-2003, for Breast Cancer Research. It is the largest supporter for BCR.

The pink signature ribbon for the Breast Cancer Research Foundation was created by Esther's (Este) daughter-in-law. Click on photo for BCRF website. 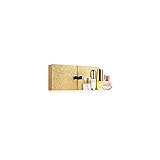 Thank you Tipi for the Blessings!

This week's challenge on my: Daily Favor Blog