Alfred is a long-time teacher and computer enthusiast who works with and troubleshoots a wide range of computing devices.

The ever growing use of mobile phones and tablets, compounded with increasing number of public WiFi hotspots continue to breed its own headaches, and none so glaring as theft of identity, credit card and other personal data.

It is no brainer that WiFi internet hotspot technology is the way to go for anyone on the move, but it is also amazing how insecure this type of connection is.

Free WiFi internet is convenient but is repeatedly targeted by all kinds of attacks because of two main reasons:

Overall, WiFi hotspots are set up in good faith and are meant to be harmless, but you do not want to be the one on the receiving end when a hacker finally chooses to attack.

Sadly though, end users neither have the know-how nor the time to secure the data in question, thus endearing themselves to hacker attacks.

Of course responsibility lies in the hands of everyone involved, but the end user can actually take a few steps to ensure that most, if not all of personal data is secure. 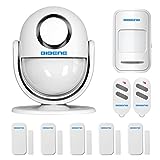 First and foremost, the knowledge that free wifi is not necessarily safe should make you connect to them sparingly. Only connect to public wifi when you have to, make it brief, and log out immediately you are done.

While at it, you should be unusually critical of wifi passwords for hotspots you intend to connect to. And just in case you trusted your favourite local restaurant because it uses a wifi password, find out how easily accessible the password is, and this should ring a bell about how easy it is for anyone else to acquire and use it.

If it is all about getting the password from the manager at the counter, then you are not safe. Most restaurants and bars actually display wifi passwords right at the counter!

In brief, public wifi is not encrypted, and thus anyone with ulterior motives can listen to, access and steal data that passes through the network. By hacking into your log-in credentials through public wifi, one can as well hack into your otherwise encrypted mail services like Gmail, Outlook, Yahoo etc.

Do you secure your home wifi correctly?

2. Watch out for Duplicate and Sneaky Hotspot Names

You should also watch out for duplicate wifi hotspot names. A duplicate hotspot name is a warning that a hacker has set up alternative wifi hotspot and is awaiting you to hopefully log in by mistake. You will be redirected to internet locations manned by the tricksters in question, where you will be monitored and unknowingly leave lots of data about yourself.

In addition to duplicate names, watch out for enticing hotspot names like Free Wifi. They are usually hoaxes, re-directing you to rogue sites.

Of course some enticing names represent genuine hotspots, but it is no crime to question them and are proved wrong. At least you have cleared the air and are sure you are not being pried on.

Use virtual private networks (VPN) software. Much as VPNs can also take the role of the man in the middle, they are much better bets than been unknowingly tracked by hackers that are operating from without.

Take time to install a trusted VPN software, which is usually a onetime installation procedure, and one that will offer a degree of protection and anonymity across the internet.

A good number of VPNs also protect against non-http sites, which usually request for personal data. A pop up on your screen will let you know of malicious activity, and help you halt them.

Public wifi hotspots are free fall arena for all and thus do not use it to access important personal data.

You should also avoid the temptation to transact financial assignments that require you to log in into business sites, and key in electronic card details.

Because of the lax in data encryption, free public gives thieves opportunity to steal data without use of sophisticated techniques and codes.

Hence it is up to you to avoid processing assignments that involve use of credit card and other identity related data, unless of course operating in secure network environment.

Learn to always forget visited networks. Most of us are careless when it comes to tracking obvious computing mistakes. One of them relates to keeping record of wifi hotspots we have visited over time.

Of course, it helps when we happen to re-visit particular wifi hotspot facilities in future, and not having to re-enter passwords. As much as this is convenient, it actually lets the mobile phone or tablet join a hotspot in question automatically, every time we happen to visit the facility.

We may not actually be using the internet but the mobile phone will log in, will stay connected and may actually allow the waiting bad guys to take charge.

Most mobile phones provide this feature and unless you really have a good reason to want it, learn to turn it off.

It also goes as a warning to those that allow their mobiles to join networks automatically. Turn it off to avoid joining unwanted internet hotspots without direct permission.

Free public WiFi is not the only place that hackers will attack to steal personal data. Attacks can happen right in the confines of your house. Always install dynamic and encrypted password standards in your WiFi router or ad hoc network to bar outsiders from stealing your internet, and more seriously, stealing personal data.