Choosing which mobile phone to buy that is satisfying and feels right can be quite difficult. A lot of people who already owns a mobile phone (even those who recently bought a new one but not a flagship model) are easily intrigued and enticed with the latest or a powerful high end cellphone. This is actually one of the reasons why it is a good thing to consider buying a current, high-end smart phone. Some readers may disagree especially since high end cellphones are generally expensive. Unfortunately, what this people fail to realize is that there are numerous benefits in buying the latest or a high end phone model.

This post aims to discuss the advantages and benefits of buying high end phones as well as the problems and disadvantages of high-end smart phones. This post will also showcase some current flagship models from different phone makers (cellphone brand /manufacturers).

Let’s start discussing powerful mobile phones from different brands / make. Before moving on, most of these flagship phones are quite similar in terms of functionality, specifications, design, form factor, etc…

Shown on the right and below are some of the current and latest powerful smart phones available today. For those who are wondering why iPhone 4S is not listed, it is because, it is widely humored that iPhone 5 will come out this September (will surely update this post at that time to appease iPhone fans and owners). 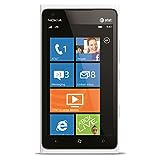 Listed here are some disadvantages and concerns why some people shy away when buying a high-end handheld phone:

There might still be other reasons why some consumers shy away from high end mobile phones but the ones listed above are the common ones.

Advantages and benefits of buying a high end phone

Why buy the newest or a powerful high end smartphone? This is a question commonly asked by budget conscious consumers. Unfortunately, such consumers may have not realized that there are numerous advantages and benefits when buying such mobile phones.

It is equipped with the latest cellphone technology –

Obviously, the reason why phone makers have released a new phone product is because they have apparently upgraded something. This may be in terms of screen size, glass protection type, storage capacity, processing speed, RAM, functionality etc… If you will buy such mobile phone gadget, then you wouldn’t be too amazed with similar succeeding models. For example, if you bought the iPhone4, then you wouldn’t be dazzled too much by the iPhone 4S.

Buying something expensive gives out a feeling of accomplishment. It is relatively satisfying to know that that the thing you just bought is really worth it after doings tons of research and months of saving.

Flagship smart phones can be quite useful for years to come –

Needless to say, high end smart phones, especially new models, are equipped with current, if not the latest, digital mobile technology and are highly customizable. Because of this, it will surely be useful for a couple of years.

Nowadays, mobile phones are like jewelries – you can flaunt it and it can turn heads.