Echo Dot is a voice-controlled, cloud-connected smart speaker developed by Amazon.com and powered by Alexa. Alexa is the brain and the voice control system located in the cloud that answers or responds to all your queries. In a nutshell, when you talk to your Echo Dot device, it transmits data to Alexa to get the answers which is connected through WiFi internet. The answer is instant as it only takes a second which is very impressive. The Echo Dot just serves as an access point for Amazon's Alexa platform. Pretty much like JARVIS from the movie Ironman which is a highly advanced computerize A.I. developed by Toni Stark. The Echo Dot and Alexa is more appropriately called a virtual home assistant. It is the future although just scratching the surface of its full potential. Give it some time.

Echo Dot is so simple to setup and use. Just plug the device and connect to the Internet using Alexa App on your smartphone. It should automatically detect your Echo Dot and configure the device.

What Echo Dot can do?

You can pretty much ask Alexa to do all sorts of stuffs. The device can answer your questions ranging from weather, news, trivia, traffic, general information, and other real time information. It can play music from Pandora, Spotify, iHeartRadio, or TuneIn. It can set alarms, to-do lists, stream podcasts, play audiobooks, and control several other smart devices like lights, fan, thermostats, garage doors, sprinklers, and many more compatible devices. Since Amazon has been developing this system for few years now, there's quite a lot of smart home gadgets it can support. It can order pizza from Domino's, request a ride from Uber, and of course order items from Amazon.com.

Since this is the second generation Echo Dot, some of the bugs and issues with the previous device has been addressed like when you have multiple Echo Dots and you ask a question, all devices will respond. This is a concern because if you happen to be sleeping in your bedroom and someone asks Alexa a question from a device in the living room then you won't like it. Amazon's solution to this is the ESP (Echo Spatial Perception). The sleek and compact design of the second generation Echo Dot also makes it suitable to add in every room in your house or even office.

The voice recognition also improved in the second generation Echo Dot. With a more powerful processor and enhanced noise cancellation, you can wake Alexa and ask questions from any direction even in a noisy environment or while playing music.

Do not expect, and you should not expect at least for now, that all your questions will be answered by Alexa. Sometimes you will get a response like "Sorry, I don't know the answer to your question." And I think that should be fair enough as the technology is just developing. The good thing about the Echo Dot 2 is its ability to learn and adapt to your speech patterns, vocabulary, or personal preferences. Hundreds of voice apps called "Skills" are also being added all the time by Amazon.com as well as third party developers. For example, the Capital One skill lets you ask Alexa for your account balance or even pay the bills. Skills are free at the time of this writing but who knows until when so better grab the opportunity now. 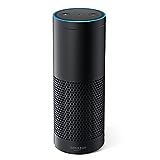 And one of the best things about the Echo Dot 2 is that it sells for $49.99 only which is 40 bucks cheaper than its predecessor and 100 bucks cheaper than the Echo. You can get several of this device and put one in every room in your home so you have Alexa everywhere. That's the purpose why Amazon.com made it smaller and cheaper. Now, there's no reason not to give this smart device a shot.

If you have a smart home, then getting an Echo Dot 2 is a no-brainer decision to make. I think being able to control the temperature in your home at the command of your voice is something really fancy. 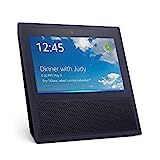