While I was looking for the best and most popular cookbooks of 2010, I happened to also run across the cooking software programs that are being ranked as the best in class.

There were many things that I realized about cookbook and recipe software that I had not thought about before.  Unfortunately, I think I might be hooked and now I will have to experiment with some of these great programs to further organize my cooking life!

Although I think I will always love having my hard back cookbooks and my many binders of recipes, I can really see an advantage to converting my favorite recipes to an organizational system such as cookbook and recipe software. Let's face it - half of my time sometimes is spent trying to remember which cookbook my 'favorite' recipe is in or which binder so for me, this would be an incredible time saver.

Let's explore some of the software options and the pros and cons of them!

Who Uses Cookbook and Recipe Software?

Even though as noted above, there are so many different kinds of cooks and levels of skill, who would benefit then the most from cookbook and recipe software? I think it would be fair to say ALL these cooks would benefit from these products. The most obvious reason to me is the organizational benefit of it!

As we look further at these products, we will examine what they offer in terms of options - and that's where it gets really cool!

What Do You Need in Cookbook and Recipe Software?

These are the most important features in cookbook and recipe software - no matter what brand you decide on:

These are just some of the questions (and features) that are available in the cookbook and recipe software market out there today.

Make sure that you note which features are most important in your style of cooking and then select the software that is best for your needs - and your pocketbook.

I could have put this at the beginning but I think it is important for folks to think about what they want first and then look at the options. In purchasing cookbook and recipe software, the same principle applies. According to TopTenReviews, this is the breakdown in the ratings (best price and how many stars with overall rating out of 4).....BUT this is really not the whole picture!  This is only a rating as per TopTenReviews.

The BUT comes in when I viewed a video on cookbook and recipe software.  According to the video and the way that these software programs are ranked, I began to realize that some of my gut feelings were correct. When I looked at the review above on-line, I noted that there were some serious discrepancies. If you go to the TopTen website and look at the review, I think you will see the same things.

Why would a product that is ranked #1 not have any support or even an email address? Some of the top ranked cookbook and recipe software programs do not seem deserving of their high rating if that is the case.

Also of note is that these rankings change. Reportedly, TopTen is also in the business of selling software and appears to make a tidy profit on these when they do sell them.  That would need to be factored in when believing the 'rankings'.

So what does this mean? As in anything else, before you buy, you should do your homework. I plan on looking at maybe 3 of the software programs and doing a trial download if available to see which program meets my needs.

I have always been of the mind that the most expensive is not necessarily the best - but then the cheapest is not always the best deal either. If price was a valid predictor, I would always pick something in the middle - but I always try and do my homework on each product.

In the case of this kind of software, I would like to look at it hands on and see how they operate and which program would be easiest to use and offer the most options. In all truth, I think most all of these programs would suffice but for my needs, I want to be able to add recipes of all kinds, calculate calories, fat content, etc., and import recipes from the Internet.  I also require support as that is just a common sense rule to me when you buy anything.

Summing Up Cookbook and Recipe Software

As you can see, there are many options available and more I'm sure than I discovered in my research.

What does ring true, however, is that you get the best software program for your needs - and the one that is compatible with your computer now and in the future! Selecting a program that will be upgradeable if you change operating systems is important or a software program that you can reload should the need arise.

Examine all the features above and make a list of what features you would most use and then let that list be your guide as to the cookbook and recipe software that would be best for you.

I think it's a fantastic way to organize your kitchen from the ground up and the only stumbling block I can foresee to starting to use cookbook and recipe software is the time spent entering in the recipes.  However, once they are entered, they will be there forever and can be easily accessed.

You can also make your cooking 'library' portable using these software programs, so if you wanted to copy recipes to your flash drive and take them with you, that is also another possibility!

No matter what software program you pick, I think you will find cookbook and recipe software is a great addition to any cook's list of tools. 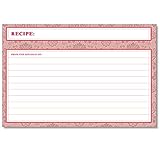 Cookbook and Recipe Software To Check Out

How to Make a Cookbook with Software

How to Use Cookbook and Recipe Software

Creating a Cookbook with BigOven

Hubs on Recipe Software and Writing a Cookbook