I thought girl talk was fun, but that's before I discovered bro talk. Being (most disappointingly) female, I discovered various facets of modern bro culture/subculture slowly- through small snippets and glimpses. One day I'd hear a radio game show referring to "bronies," the next, an inordinate proportion of my friends could be heard gleefully cheering "DON'T TASE ME, BRO!"

At any rate, the various bro-related memes, groups, words, and phrases that have emerged over the past couple of years are positively top drawer. Join me as we explore some of the more interesting facets of bro culture, including bronies, broetry, bromance, the bro bible, bros icing bros, bro talk and more! 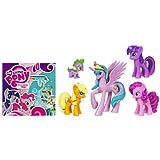 My Little Pony Friendship is Magic Gift Set
For the brony who has everything...
Buy Now

Of all the bro-related subcultures that have cropped up, bronies rank amongst the coolest, most interesting, and most humorous.

Bronies, to the uninitiated, are dudes who love My Little Ponies, or more specifically, the new My Little Ponies series dubbed My Little Pony: Friendship is Magic. The animated series made its debut in 2010 and revolves around the life and adventures of a (unicorn) pony going by the name of Twilight Sparkle who is on a mission to gain a deeper understanding of friendship in the town of Ponyville.

As sugarcoated as the show might sound, it is actually pretty witty and humorous. My Little Pony: Friendship is Magic is, in fact, so witty, that in spite of its sparkles and wings and cuteness, it has attracted a not-insignificant male fan base ranging from age 12 to 35.

The show first became popular amongst this demographic after it went somewhat viral on 4chan- a rather famous imageboard. Someone wrote a negative essay (The End of the Creator-Driven Era in TV Animation) on the show which subsequently spiked interest (read: near war on the 4chan cartoonboard which led to a temporary ban of pony-related discussion and the creation of a ponies-only imageboard) that (because of the humor and adult-targeted references) was miraculously sustained... and managed to spread.

Most of the drama and attention surrounding My Little Ponies: Friendship is Magic revolved around 4chan subculture (often referred to as /b/), which may have led to the original coinage of the term 'bronies' (/b/ + ponies = bronies).

The term 'bronies' also insinuates the combination of the words 'bro' and 'ponies', however, hence the term and movement inevitably became intertwined with bro culture.

Before long, non-4chan-associated male and/or grown My Little Pony fans began referring to themselves as bronies, and the term has become so popular that it is sometimes applied toany My Little Pony fan outside the major target demographic- regardless of actual gender.

At any rate, bronies can be thanked for a ton of hilarious fan art, YouTube remixes, fan-created games, modifications to existing games, and radio references. Be they randomly attracted to the show, or pulled into its episodes after exposure brought on as a parental occupational hazard, bronies are cool dudes indeed.

Yeah, sometimes poetry can be a bit... much. Enter broetry- a genre of poetry (created- or perhaps rediscovered!) by Brian McGackin, a "broete laureate" who received his M.F.A from USC and just published his first collection of poems (titled, unsurprisingly, Broetry).

Broetry, as McGackin puts it, is "poetry for dudes who don't like poetry." It doesn't get more straightforward than that! The sections of his publication should give one an idea of what sort of themes commonly run through broetry:

You can listen to an excellent interview- plus hear some some excellent broetry recitations, in this July 24th NPR interview with Brian McGackin. Here's one of my favorites:

Why Do Buses Smell?

The young girl asks her

mother. I listen because

I want to know, too.

You might also have a look at some of the broetry in the video to the right featuring my favorite broem: Why You Should Listen to Classical Music. It's brilliant (Oh. Warning. Swear words.).

Bromance is nothing new- it has warmed our hearts since the dawn of humanity! Indeed, bromance has always been- and always will be- an awesome aspect of bro culture.

Bromance, to those who do not regularly use the phrase, refers to an entirely platonic but ridiculously adorable romance between two dudes. The most popular definition of the word (on Urban Dictionary) is as follows:

Pretty straightforward, right? Right. Because most bro-related things are clear cut. And awesome.

So go ahead. Embrace the bromance.

Any good subculture comes with a Bible. Obviously. We already have a lolcat bible, not to mention a hipster bible... it only makes sense that there should be a bro bible, and obviously there is.

In keeping with modern bromanity, the (main) bro bible (brobible.com) is actually more of an online publication and community (or bromunity, if you will). The articles on Brobible.com focus mostly on sprots, college, girls, gear, fitness, and entertainment. Recent stories are voted "bro" or "not bro" by the community.

What more is there to say? Not much. I'm a girl. I'd try to poke through the site, but it's all looking like gibberish to me.

To understand the subject of bros icing bros, you must first understand what "icing" in this context is. Icing is not something that is done in response to an injury, nor is it a topping for confectionary treats, but rather a common drinking game.

The game involves presenting an individual or group with a bottle of Smirnoff Ice (or another Smirnoff malt beverage) with the understanding that said person/group must finish off the bottle or lose one's honor. Consider it the double dog dare of drinking games.

If one wants to ice someone else, one must conceal the to-be-consumed bottle in such a way that the victim will touch it by mistake. If the victim does indeed touch the bottle, he or she must drink the whole thing. The victim may employ a defensive maneuver called an 'ice block' by grabbing the bottle without taking more than one step. If the ice block is unsuccessful, the victim must drink the entire contents of the bottle while kneeling on one knee.

The drinking game went somewhat viral in 2010, and bros, being particularly adept at adopting aggressive drinking tactics and being up for most amusing sports, were amongst the foremost players. Hence, when icing takes place, it usually entails bros icing bros.

Bro culture and bro talk extends beyond bronies, broetry, bromance, bro bibles, and bros icing bros. Consider, for example, BrotipsTM- a popular blog sharing bro-related tips to live by, many of which have been submitted by bros in the wild via Facebook, Twitter (see the #brotips hashtag), and other media.

And don't forget about str8 bro- a blogger who offers advice and claims to share his "irreverent take on male bonding and contemporary masculinity."

As stugod pointed out in the comments, there is also the Brohemian Rhapsody, a wonderful ballad adaptation of a Queen classic. I've slotted the song in to the right for your listening pleasure.

Marina Lazarevic also pointed out the existence of Chad Bro Chill 17- the username utilized to reveal bro predators in a chilling Newline Investigative Report on Bro Rape. As the report indicates, there is a dark underside to the world of bros and the false sense of security granted by a shared love of Abercrombie clothing, Jack Johnson, playing Xbox, laughing at the comedic rants of Dane Cook, and watching Family Guy.

The honorable melbel also pointed out that this overview would be incomplete without mention of The Bro Code by one Barney Stinson. As melbel explains, "Barney is a fictional character (played by Neil Patrick Harris) from the TV series "How I Met Your Mother" who constantly touts bro code, but you can really buy the book." Neil Patrick Harris is DA BOMB and The Bro Code is hilarious. What's more, it looks like we have spinoffs such as The Playbook: Suit ip. Score Chicks. Be awesome. and Bro on the Go to enjoy. Who knew that bro culture included so much published material? 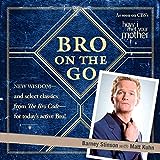 Bro on the Go
Yep- The Bro Code was successful enough to warrant a travel-sized iteration!
Buy Now

The Bro Code
The first ever documented code of conduct for bros.
Buy Now

Let's finish this overview with a listing of common "bro"-related vocabulary words and phrases!

What's your favorite aspect of bro culture? What sort of bro talk do you fill your day with? Let us know in the comments!