Tips on PC Problems, CPU Not Turning On

Tips on PC Problems, CPU Not Turning On

This is one of the most difficult PC problems to solve. You used your PC a while ago and have shut down normally and later, phew! Your CPU does not turn on this time.

Do not panic. Let us trace the cause of the problem one by one.

My friend called me for this problem and I asked him if he had banged the PC from his handling, he said no. So, I went to his home and check the PC.

The CPU seems dusty and a bit rusty around the edge so I thought at first that I guess his PC is a bit old.

First thing first, I checked the main cord, the power cord which is connected from the back of the CPU, power supply to the wall outlet of the house. I used the tested to check for voltage and it is fine. There was voltage.

Then, I turned on the CPU, nothing happens. I listened to any fan movement around, nothing really.

I took a screwdriver and removed the screw at the back to take out the cover so I could see the CPU inside parts.

I found out that the processor fan was not moving and the power supply also was not moving. I concluded at first that there should be some serious problem within the parts inside.

I first thought that it was the power supply because if the CPU is left for few minutes with the power cord inserted to the outlet on the wall, the CPU just turns on sometimes.

I took the power supply box from the motherboard and checked for power output, it was fine.

I inserted it again to the motherboard and look for some remedy.

I was thinking of flashing, meaning resetting the BIOS. I have done it by removing the small battery inserted somewhere around your motherboard. I removed it for 15 minutes to refresh the memory of your motherboard. And I also checked the voltage of that button shaped battery with the use of my multi-tester.

If the battery would have been defective, that should have been the cause of this CPU trouble. But it was fine so I think flashing is the best remedy.

Later, I turned on the CPU of my friend, YES! It turned on. Until today the PC is still doing well. This is a simple yet unique findings in repairing our own PC by ourselves at home.

Any helpful suggestions, comments or additional information would be very welcome.

What is your common PC problem? 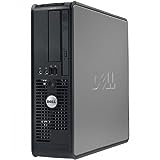