Drone Manufacturing and Jobs Increase in Ohio and Indiana

Based on 20+ yrs in Employment & Training, setting job placement records, the author wrote this as one of the first Flagship/Stellar Hubs.

Imagine shut-ins receiving their medications. library books, mail, food,. and supplies by drone delivery to their front doors or a platform outside their bedroom windows.

Medications can be flown into remote places by drone where wheeled vehicles, helicopters, and even dog sleds, as the Iditarod race commemorates, cannot reach. Camera-equipped drones can reach tight places where lost people and pets may be trapped. Drones can be the tools of miracles.

Flight Technologies Boom in the Midwest

The major direction of drone manufacturing in the latter half of the 2010s was not spying and bombing, as many of the public feared, but rather service and help.

By late 2015, the drone manufacturing and operations industries had become Big Business in Ohio thanks to the many aviation and aerospace companies the state supports. Over $90,000,000,000 in revenue was assured nationwide within a few years in industries that would increase the effectiveness of Search and Rescue operations through the Civil Air Patrol and other agencies, agriculture, medical supply deliveries, and even retail delivery.

These companies do not work alone, but partner with other community based organizations, including divisions of NASA, the National Air and Space Association.

The flight-related public and private companies in Ohio had been partnering with colleges and universities as well as city governments to boost related research and development, marketing and sales, creation of local businesses, and creation of state and local jobs.

A new partnership was officially created in early December 2015.

NASA and the Japan Ministry of Telecommunications, tested the concept of an "atmospheric satellite" for broadcasting in 2002, from a drone.

Unmanned aerial vehicles, UAVs, or drones had already become a multi-billion dollar industry in Ohio and a few other US States by the summer of 2015. At that point, additional momentum was added to the industry by new partnerships for Manufacturing and Education & Training sectors.

On Friday December 4, 2015 officials of Sinclair Community College in Dayton ,Ohio signed a new partnership agreement with Indiana State University representatives in Terre Haute. They agreed to cooperation in the development and manufacture of drones, followed by marketing, sales, and training of drone plots and related occupations.

The December 2015 project beginning is the seventh time that Sinclair College has partnered with another facility of higher education in order to promote and produce unmanned aerial vehicles for positive activities. These will not be spy drones or war drones, but helping drones.

Sinclair College leaders insist that they will maintain the school's working partnerships with several other institutions. These other schools include the massive Ohio State University and its branches, the University of North Dakota (a business-booming state), and Southern State Community College in Wilmington, Ohio.

The Dayton college is offering a Short-Term Technical Certificate that is a 24-hour to 25-hour program that can put people into entry-level technical positions.

Besides looking at and expanding helping-drone activities, the new project will develop more effective drone applications for agriculture and data analytics technology (within IT). Check it out at

Courses offered are developed and conducted in partnership with state universities in Ohio. These classes include, as of March 2016:

Sinclair recently received $4 million in state funding to renovate and expand their physical location on the Dayton campus to support the mission of the National Center for UAS Training and Education.

In 2016 - 2017, Ohio plans encompass the development of thousands of drone-related jobs from R & D through flight among 1,200+ aerospace companies just in this state alone. As of late February 2016, the American market already has 600+ jobs in this field available. 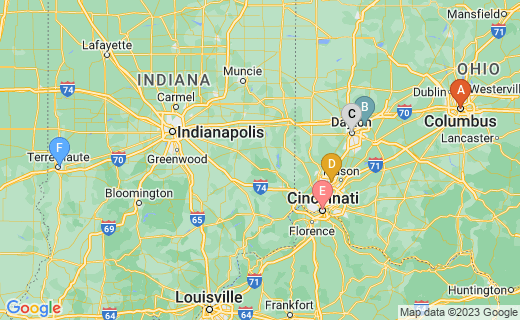 Terre Haute is a college town that supports several colleges, universities, technical schools, and at least one astronomical observatory. Indiana State University's College of Technology is advancing to become one of the best in the nation.