Differences between Windows 8 and Windows RT

Windows 8 and Windows RT: Introduction to the differences and confusions

On the 26 October 2012, Microsoft released the newest generation of their Windows series operating systems (OSs). More specifically, Microsoft Windows 8 and Microsoft Windows RT were released, with the RT (notice the lack of the number 8) standing for RunTime. For the case of Windows 8, several editions were released, being the Standard, Pro and Enterprise editions. Strictly speaking, Windows RT should be considered as an edition of Windows 8 as well. However, the differences between it and the other editions are very significant, and therefore it is not surprising that this fact is often forgotten or omitted. As Microsoft released all editions simultaneously, this has caused lots of confusions and misconceptions.

Clearly, Microsoft did not drop the number 8 in Windows RT without reasons, and there are actually several significant and important differences between it and the other editions. In this article, I will try and clear up most of the confusions involving Windows 8 and Windows RT and discuss the major differences between the two flavors, hopefully providing some help when it is time to consider an upgrade for you.

As mentioned above, several aspects differ significantly between the two Windows flavors. In the following, I will try to summarize and discuss the 5 most major ones.

1. Differences in architecture support of Windows 8 and Windows RT

The single largest difference between Microsoft Windows 8 and Microsoft Windows RT is the architectures or platforms which they support. While Windows 8 runs on the x86 architecture that we all know, use and are familiar with, Windows RT actually only runs and supports the ARM (Advanced RISC Machine) architecture. The ARM architecture, similar to the x86 architecture, provides the platform and instruction sets to build CPUs, we are therefore always referring to CPUs as x86 CPUs and ARM CPUs. Since it is not within the scope of this article to go in depth about the architectural differences between ARM and x86, I will only briefly mention their applications.

The x86 architecture is typically what we use on our desktop computers and laptop computers today. The x86 CPU market is heavily dominated by Intel with AMD having a smaller portion of the market. The x86 architecture was mainly developed by Intel and is more or less the de-facto standard in the personal computer (PC) market today. The ARM architecture, on the other hand, while having only a negligible part of the PC market, heavily dominates the market of compact portable devices. For consumers, these devices include and are mainly comprised by smartphone and tablets. Your Apple iPhone, Apple iPad, Android phones such as Samsung Galaxy series and Google Nexus series are all based on ARM CPUs and platforms. For the industry, ARM CPUs are actually found in a large amount of different controller chips for, e.g., machines.

The clear cut between the applications of the x86 platform and the ARM platform is actually very motivated. ARM, being a completely different architecture is well known to be very energy efficient as compared with x86. After all, it is designed with energy-efficiency in mind. ARM can achieve this by using very different instruction sets. The chips themselves contain less logic which means that they draw less power, however, this is traded by more bulkier instructions to the CPUs themselves that are fed pre-defined sizes of instruction blocks. The x86-architecture, on the other hand, contains a lot more logic and intelligence. This increased logic require more transistors, and hence more power to operate, but in return the code and instructions can be more flexible which yield higher performance.

Obviously the x86 architecture and the ARM architecture are not at all compatible with each other. While ARM is designed for compact devices where energy efficiency is important, x86 is designed to provide good performance with less focus on energy efficiency. Therefore, for the case of Windows 8, it is intended to be used on our desktops and laptops just as the previous Windows version. For the case of Windows RT, it is instead intended to be used on compact devices, most notably tablets, which is clearly demonstrated by the Microsoft Surface Tablet.

There are some differences as well when it comes to license forms. Microsoft Windows 8 can, just as we are used to, be purchased by anyone through conventional and online channels, i.e., we can walk into a store and get our copy of it or purchase it online directly through Microsoft. Microsoft Windows RT, on the other hand, cannot be purchased separately or standalone. Instead, it is only delivered pre-installed on computer devices, i.e., OEM license is the only license form available. This of course does not mean that Windows RT is free, the device manufacturer still has to pay a license fee to Microsoft which in the end is added to the price of the sold device.

As the user base for Windows 8 and Windows RT are different, the user interface, or rather the choice of user interface, also differs between the flavors. While Windows 8 can run both the classic desktop interface as well as the new Metro/Modern interface (touch-screen friendly interface), Windows RT, however, only allows the user to use the new Metro/Modern interface. This also makes sense as it is intended to be used on devices which support touch screens. It is worth to mention that Windows RT does provide some degree of fallback support which means that it can run old Microsoft applications that are designed for the classic desktop interface. However, this fallback mode is not made available to third-parties, meaning that software that are not ported to the Metro/Modern interface will simply not run on Windows RT.

The point of software compatibility will be further discussed in the next point below.

Why not upgrade or learn more about Microsoft Windows 8? 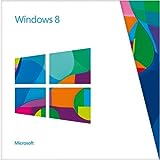 One good thing with Windows RT is that it by default comes with a Metro/Modern-interface friendly version of Microsoft Office installed. This is probably a wise choice by Microsoft as it allows new users to get productive very easily from their Windows RT devices. However, other than Microsoft Office, any additional applications or software that the user wants to use need to be designed for the Metro/Modern interface. This means that the software you are used to use today on Windows may never be available for Windows RT if the developers are not willing to spend the time and effort to port them to the Metro/Modern interface APIs.

To make the matter worse, Microsoft actually strictly enforce and limit the system access of the applications in Windows RT. Some functions in the APIs are simply not made available to third-party software developers. For example, the freedom that most people take for granted to change web browser is actually plagued with several complications. Using Windows RT, it is actually not straight-forward at all to change to an alternative web browser such as Mozilla Firefox or Google Chrome without suffering from massive performance hits and other strange glitches.

In essence, if you want to install new applications in Windows RT through their app store called Windows Store, you better hope that the developers have achieved what they intended to achieve with the available APIs without tons of workarounds which would inevitably result in performance hits and glitches.

Another significant feature difference (although technically not a removed feature) that many users will notice is that Adobe Flash in the default Internet Explorer 10 web browser may not be used freely. Instead, Adobe Flash may only be used on certain pre-defined websites. Clearly, this is a point that will quickly cause frustration for many users and therefore third party tools have been developed to aid users in lifting this restriction. A detailed description of the use of one such tool known as Windows RT Whitelist Flash Tool can be found here.

Other features that have been removed in Windows RT include the Storage Space service and the Bitlocker encryption service. Both of these are geared more towards corporations and it is questionable if a normal consumer will be missing them. However, by removing these services, Microsoft may also impact the decisions of corporations in terms on whether or not to implement the Microsoft Surface tablet.

The above 5 points constitutes the most significant differences between Microsoft Windows RT and Microsoft Windows 8. While the differences may seem drastic, it is important to remember that the two flavors are aimed at completely different user bases. While Windows 8 is aimed towards regular personal computers, i.e., desktop computers and laptop computers, Windows RT is purely aimed towards small portable devices with touch screens. Therefore, to strip away features that are impractical or will very seldom be needed for such devices actually does make sense in terms of conserving storage space but also in terms of conserving battery life (fewer services that can potentially run in the background).

Some users may argue that Windows RT is useless since it only comes with the Metro/Modern interface. But again, we have to remember that Microsoft intend it to be used on touch-screen devices. In all honesty, the classical desktop interface is not very useful without a mouse or tracking pad to accurately control the position of the mouse cursor. This has proven itself already in history through the laptops that have been sold with touch screens. Such laptops have had very little impact and their touch screens are very seldom used to control the operating system, but rather to draw or write something freely by hand.

Do you think the differences between the two Windows flavors make sense?