HP and Dell are two of the well known computer manufacturers in the world. If you already own a laptop there are chances that it’s belongs to one of these two brands. If you want to buy your next laptop, then what is your choice? Let's see how the game of "HP vs. Dell" going to begin.

Dell vs. HP: What’s Your Choice?

There is a fierce competition between Dell and HP for market domination of laptops. It's quite difficult to come to a conclusion when you are going to buy a laptop from one of these two brands. However, if you have right details it won't be a tough decision to make. We are going to summarize the battle between HP vs. Dell based on reliability, design, price, and customer service. Then it will be easier to buy the best laptop that fits your needs.

One of the important facts to consider when you buy a laptop is its reliability. If a laptop can't be used for at least two years without problems, there's no point of buying such laptop. Laptops are more vulnerable than desktops. Also it's hard to find accessories for laptops. That's why you need to make a wise decision when you are going to buy a laptop.

In the case of reliability Dell have a clear edge over HP laptops. A recent reliability survey has concluded that Dell laptops are far better than HP in terms of reliability. HP has performed poorly in this test. If you want a laptop for over four year or more, then definitely go for a Dell laptop. The battle of HP vs. Dell is clearly in favor of Dell in terms of performance.

It is necessary to have better aesthetics for a laptop. That is one of the main reasons why people tend to buy laptops. Dell laptops are usually simple in design and come with vivid colors unlike HP laptops. Their keyboards are among the best for laptops. Displays are pretty good with better brightness.

HP laptops have great looking designs including various patterns and textures in the interior of the laptops. Also different styles of keyboards are available on their laptops. However none of these brands can stands out from another based on their design quality. We like both of their designs. However Dell might have slight edge over HP due to their keyboard designs and track pads.

Based on above results reliability and customer service of Dell is better than HP. Both of these companies are similar when we compare their designs. However, Dell has won two more categories than HP and it's enough to conclude that Dell is the favorable option when it comes to laptops. Therefore HP vs. Dell laptops game ends in favor of Dell. Therefore if you want a reliable laptop, Dell laptops is the best option over HP. No need to say that Dell is closely followed by HP and no one can say that things won’t change for years. 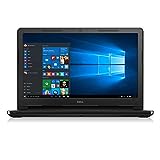