The Apex TM772, or otherwise branded a "Solo7i" tablet was an awesome Black Friday door buster at Officemax in 2014 priced at $39.99 on sale. I picked one up for myself to replace an older heftier tablet to use for reading ebooks on the go and general web browsing, emailing and casual gaming. However, like most off brand or generic tablets, there are some things that the stock installation of Android leaves to be desired.

What Can Rooting Let You Do?

For one, even though the tablet is marked as having 8 GB of built-in memory (meaning storage for apps, the OS and files), only about 4 GB of that storage is really available for apps, the rest being taken up by the OS and the built in bloatware. The tablet itself isn't configured to be able to store apps on an external microSD card inserted in the expansion slot, but by rooting it, one can make use of Link2SD to force some apps to store some of their data/files on a microSD card freeing up some of the internal storage and leaving a more room for installing other apps, games or ebooks.

Rooting also will allow you to make use of apps like ROM Toolbox Pro to change your DNS settings, freeze and backup most any installed bloatware and then uninstall it to free up space.

For the most part, every Android phone and tablet model will have at some point been rooted, either with a method published on an Android forum or with some universal app or tool that roots many different makes and models of devices.

While scouring the web to see if anyone else who may have bought or gotten of these tablets in the past had already taken the plunge and figured out a way root it themselves or had found a procedure for another similar tablet by Apex that worked, I realized that there wasn't any documentation or mention of this particular tablet anywhere except for in Black Friday deal sites. I did come across a posting about Kingo ROOT, available for free from KingoApp.com, that purported to be able to root almost all Android devices and supported most Android versions. Now mind you, I'm not affiliated with KingoApp.com nor am I being compensated by them for writing this hub, but I wanted to share this here since it actually worked for me on this tablet and will for others too.

Kingo ROOT is available for free from KingoApp.com. Once downloaded and installed on my PC, I launched their application and was prompted to enable USB debugging on my tablet and connect it to my PC. Apparently my Apex tablet already has USB debugging enabled by default and Windows recognized the tablet almost immediately. Kingo ROOT for whatever reason said my tablet was already rooted, but gave me the option to re-root it. It failed the first time but I rebooted my Apex tablet and tried again. The second time worked like a charm, it completed and told me it was successful and recommended that I reboot my tablet but it automatically did that by itself.

Once my Apex TM772 tablet had finished rebooting, I opened the Play Store and searched for and installed SuperSU. SuperSU is a free app that manages what applications are granted root access so that you can control what apps you want to have full access either full time or temporary full access. After installing it, you may be prompted to give SuperSU root access, if so, tap the "Grant" option. After this, I was able to install apps that can make use of root access such as ROM Toolbox PRO to backup and uninstall the bloatware that was included that I didn't want or would never use to make more room for useful apps and games. I also made use of AParted and Link2SD to create a partition on a microSD card and push some apps to be stored on that partition to free up internal storage on the Apex tablet making more room for stuff that mattered like ebooks, games and utilities, something that I couldn't have done without rooting the tablet at all. 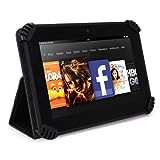 That's All There Is To It!

I hope you found this hub helpful, especially if you came across it in search of an attempt or method of rooting your Apex 7" tablet. In and of itself, I feel it was a great Black Friday deal, once rooted, it gets even better. I have published a hub on how to use Link2SD to move apps to your microSD card, and soon I'll publish a hub on using EaseUS Partition Master to format your microSD card for Link2SD to properly make use of your external storage.

What did you buy your Apex tablet for on Black Friday?