Some may feel that when accessing the web site is so easy, a dedicated app for anything is superflous and a waste of finite memory and screen space on a mobile device. One practical use of the dedicated mobile app is when the application is one like InfoQ that is used often. Then it makes sense as a way, however small, to gain a fuller, more convenient or speedy access to it.

InfoQ News Reader- The first thing that I noticed about the InfoQ News Reader 2.7 was the cool easy to read white text over a black background of the main headlines page. Unlike the desktop version of the InfoQ site, as seen from my dinosaur running XP and Chrome, InfoQ News Reader displays short summaries of each headline underneath it for a better idea of what your reading choice will be about before you click on it. There was one low key ad on the bottom of the screen for a free reading app. The Galaxy Tab III menu options are; Refresh,

Language Options (English, Chinese, Japanese and Portuguese), Feedback, that appear at the bottom of the screen when selected. When a headline for viewing is selected, a dedicated screen appears without the many other surrounding content choices that are available
when the identical headline is chosen from the desktop. Another thing that I noticed on this app is that it does not offer the author names for its InfoQ content.
Conclusion: as advertised, a "nice simple app to read InfoQ news online" on the go with your mobile device.

InfoQ Reader- as a mobile app, InfoQ Reader 1.6 might be expected by some to look and feel different than the desktop version. This is the case, with simple lists of content of the latest articles and news for the past seven days displayed from which to choose. If first impressions
mean anything, mine was realizing that InfoQ Reader doesn't seem to support rotating to or displaying in a landscape view. Selecting the menu option offers a choice of "Language (English, Chinese, Japanese and Portuguese), Feedback, News or Articles." Toggling from
News to Articles offers a wealth of content to choose from without any ads in sight. As with the previous app, InfoQ Reader does not display the names of the editor that created the content.
Conclusion: Another good simple way to access InfoQ content on the fly.

InfoQ Presentation- I successfully downloaded InfoQ Presentation 1.1.5 but the app won't run on my above-noted tablet. :(
Out of nine total reviews at "press time" InfoQ Presentation was sporting a four star rating so perhaps it is just something to do with my tablet. Beyond any performance issues, this app does provide an example for mobile developers of what not to do. Besides some attractive pics, an informative and compelling description is not an option but a necessity. The developer of InfoQ Presentation, with a two sentence description, has committed a merchandising error in dire need or correction.

Conclusion: InfoQ Presentation might be worth a try as long as you don't have a Galaxy Tab III.

How likely are you to attend the next QCon Software Developer's Conference?

Answer the Call with the QCon London Guide App

QCon London Guide- London is always calling with the QCon London Guide. March 3-7 2014 is practically ancient history by now, making the app somewhat irrelevant. However, those that were lucky enough to attend can still find value in it as a memory jogger that lists the full schedule and complete list of speakers who spoke at the annual software-innovator driven event.The app also has an awesome map of London!
Conclusion: don't be disappointed, plan your QCon London 2015 itinerary early.

So what did we learn from our look at the available InfoQ apps for Android? The overall theme, as is often the case with mobile apps striving to be easy to use has long been a mantra in some circles; keep it simple. 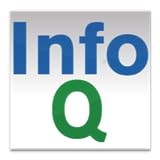