Mitchell Henderson. The first an hero

Story of an hero

An hero, (and that’s not a typo) is a new meme that’s quickly becoming a regular part of internet vocabulary. An hero means to commit suicide over something trivial. It can be used as a verb ie. I’m going to an hero myself in the bathroom with a toaster. Or it can be used as a noun. The wrestler, Chris Benoit became an hero when he killed his wife and child (reportedly because of the mood-altering affects of illegal steroids).

The an hero meme got its start when a young seventh grader from Minnesota, Mitchell Henderson shot himself for (allegedly) losing his ipod. Some say bullying was a factor, but when the internet found out Mitchell had lost his ipod earlier, they latched onto this as the reason and began to make fun of him for it. The situation was exasperated when friends and family left heartwarming, yet terribly misspelled messages on Mitchell’s myspace. One person famously saying Mitchell was

“such an hero, to take it all away. We miss him so, That you should know, And we honor him this day. He was an hero, to take that shot, to leave us all behind.” It was from this that the an hero meme began spreading around internet messageboards.

Later on, hackers, eager to find knew ways of getting laughter out of the Mitchell Henderson phenomenon, later unearthed his family’s residence and phone number and began prank-calling his parents with messages about found ipods. They also broke into his myspace and began posting hateful messages and disgusting images. Some kids even made a video reenactment of the mitchell henderson story showing a bully smashing mitchell's ipod then mitchell leaving to a closed room followed by a gunshot.

Tormenting the survivors of Mitchell’s suicide became a game.

These days, trolls have moved on, Mitchell’s friends and family have been left in peace, but many people everyday can suddenly find themselves becoming an heroes for, in their grief, committing suicide over silly reasons. 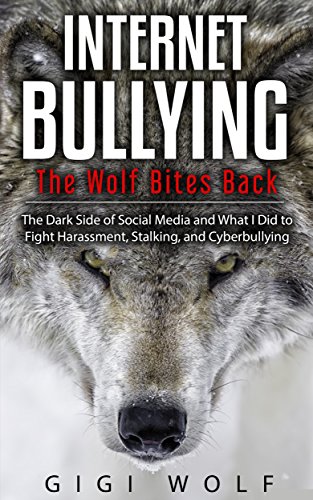 Internet Bullying: The Wolf Bites Back: The Dark Side of Social Media and What I Did to Fight Harassment, Stalking, and Cyberbullying
Buy Now